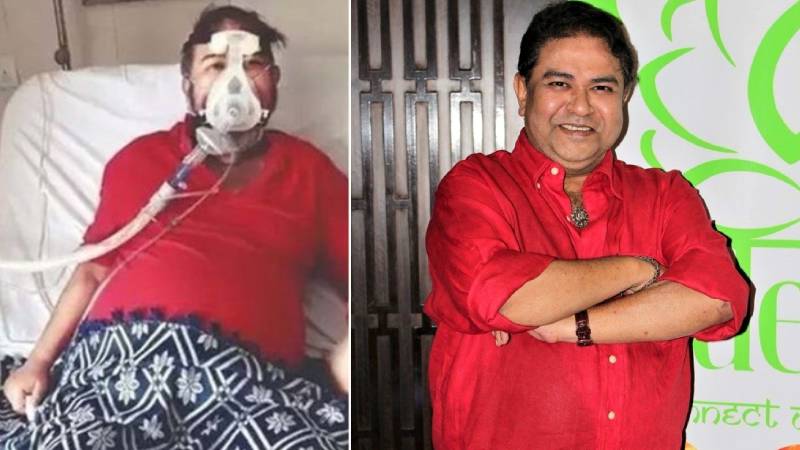 Television actor Ashiesh Roy passed away in Mumbai early on Tuesday. The Sasural Simar Ka actor died of kidney failure at his residence in Jogeshwari.

The actor's sister is reportedly on way to Mumbai from Kolkata. His last rites are expected to be performed at around 7 pm on Tuesday in the presence of a few close friends and relatives.

The actor was battling kidney-related ailments for quite some time. His condition had become serious during lockdown and he was even thinking of shifting to Kolkata.

Roy had even appealed to Bollywood actor Sonu Sood for help via a Facebook post in October.

Sharing his contact number, the actor had posted on October 5: "Dear Sonu Sood ji, I need your help in a medical emergency urgently. Am in Mumbai. Would you help me? Thanking you in advance. Ashiesh Roy."

He also appeared in Bollywood films like Shyam Benegal's "Netaji Subhas Chandra Bose: The Forgotten Hero", the Emraan Hashmi-starrer "Raja Natwarlal" among others.

Mourning his demise, TV actor Ssumier S Pasricha posted on Facebook: "Ashiesh Roy Gone to soon .. RIP chachu, Shocked what a brilliant actor and a human being u were."

Actress Jayati Bhatia posted on Facebook: "Ashiesh Roy, For the world U'll always be #Bond..For me ..my #Surendrabeta...R.I.P."

The actor was undergoing dialysis for kidney ailments and had even shared a photo from the hospital in May this year. Along with the photo, Ashiesh wrote: "Walking after 10 days! Swelling going down. Dialysis seems to be working. Mask on...Sorry! Love from all you people working wonders. I really am humbled!"

He subsequently decided to sell his apartment in Mumbai and shift to Kolkata where his family resides.

"Due to medical emergencies, I am forced to sell my house on an urgent basis. It's a 650 sq.ft 7th floor flat in Patliputra Nagar, Oshiwara with clear papers, no loan and overlooking the new Metro. The recliner price is 1.15, but I am letting it go for 1.05. The person who bought the flat lost her job due to the lockdown, and couldn't complete the deal. So it's in the market again. Genuine buyers are solicited and a quick deal is sought, as l need to relocate to Kolkata asap. The flat (3-D/703, Patliputra Nagar, opposite Mega Mall, Oshiwara) can be inspected at any time," the actor had shared in a Facebook post on July 5.