Farm leaders must be flexible for a friendly dialogue: MoS Kailash Chaudhary

Union minister of state for agriculture and farmers welfare Kailash Chaudhary has appealed to farmers' organisations opposing the new agricultural laws to have a dialogue with the government in a cordial atmosphere by abandoning the condition of seeking a response in either 'yes' or 'no' during the next round of talks on Wednesday. 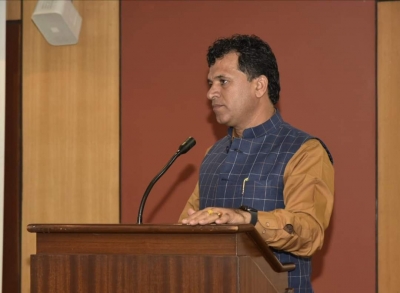 The minister is a firm advocate of the new agricultural laws and says that these laws will bring in a major change in the lives of farmers. Chaudhary says the Modi government has enacted these laws for the betterment of farmers.

The sixth round of talks between leaders of farmers' organisations and the government will be held on Wednesday, seeking withdrawal of new agricultural laws. Chaudhary discussed all major issues related to farmers.

Chaudhary said the farmers are disturbed over whether they would get the minimum support price (MSP). "But it has already been clarified on the part of the government that the procurement of crops at MSP will continue and the government will again assure farmers that the new law will have no effect on the MSP."

One of the concerns of the farmers is about judicial rights. At present, appeals are allowed to SDM and the tribunal. The farmers are seeking to take it to the civil court. The government may consider this. "The government has agreed to openly address all important aspects of farmers' apprehensions. The government is committed to continue, improve and expand the procurement process at MSP," he further said.

The Union minister was asked by IANS whether the government would consider withdrawing the three agricultural laws? On this, he said that Prime Minister Narendra Modi and Agriculture Minister Narendra Singh Tomar have given their clarifications in various forums. "The government has already said and will then urge the farmers' organisations who are protesting once again to move towards resolving doubts in a cordial atmosphere by abandoning the condition of seeking answers only in yes or no. The government of India is also committed to rationally address relevant issues with honest intentions and an open mind."

On the question of enacting a new law to guarantee MSP, the Minister of State for Agriculture said that MSP will be retained. "Also, the mandis run under the state acts will continue to run according to the state governments. The new agricultural laws will empower farmers by giving them options for marketing."

He said the Congress has tried to spread confusion that purchase at MSP will be discontinued, which is totally untrue. "Why do the farmers have the compulsion to go to the mandi and sell their produce only to the licensee traders? Now the farmer can choose to sell to whomsoever he desires. Private investment in farming will lead to faster growth and employment opportunities."