She launched her own brand named “Thenga”, which means coconut. To date, her brand has sold more than 8000 products made from coconut shells. 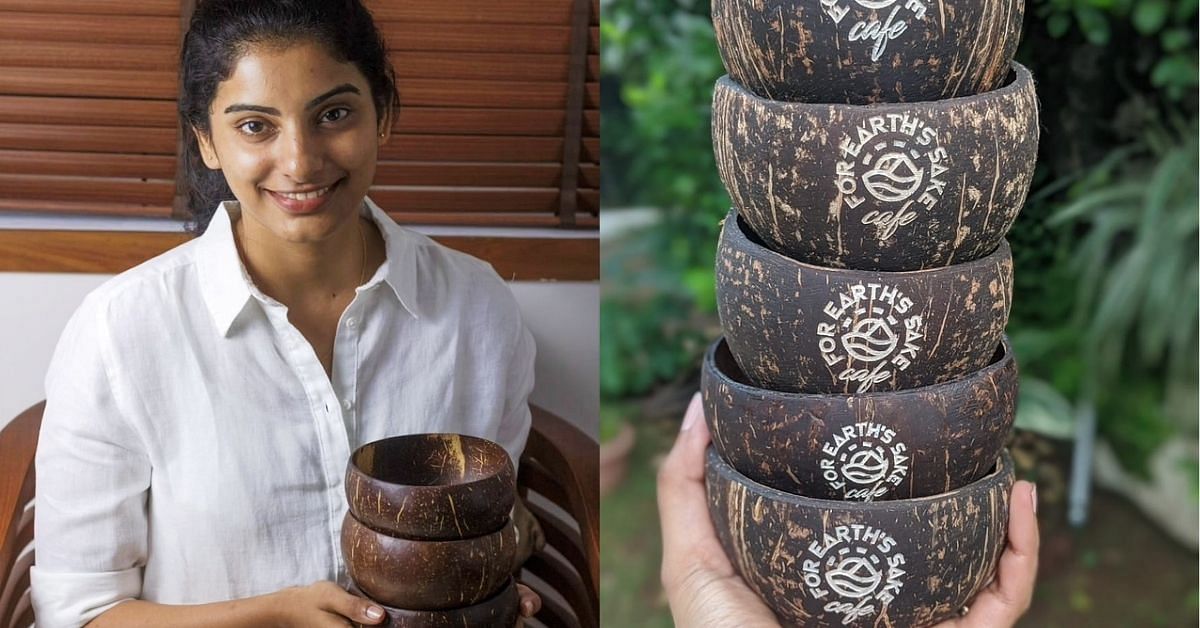 Maria Kuriakose, 26-year-old, is a resident of Thrissur, Kerala. Since childhood, she wanted to start a business and even completed Masters's in Business Administration in the year 2017, joined a 9 to 5 job in the corporate sector. But later, because of dissatisfaction she quit that job and started working with a non-governmental organization.

She said, “It has been my childhood dream to start a business of my own but I did not have an idea about what it could be. After completing my Masters in Business Administration in 2017, I went in to work with a corporate company.”

“I quit that job within one year because I wanted to work at a place that empowered the underprivileged so I joined a social enterprise that worked with women in slums to make sustainable sanitary pads,” she continued.

Also Read: #FirstStoryPositive: Sindhutai, mother to 1400 orphans is no less than a ‘Godmother’

But the major turn in life was when visited a coconut mill in Thrissur, which showed her path to launch her own brand named “Thenga”, which means coconut. To date, her brand has sold more than 8000 products made from coconut shells.

Briefing about the business and idea behind it, Maria said, “Coconuts are a versatile crop, where every part can be utilized. But I noticed that the coconut shells were being discarded. Researching further, I understood that a few businesses use them to make activated charcoal, else they’re burned as fuel. Earlier, several artisans around Kerala used the shells to make ladles for serving food. Today, these products don’t find much value and the artisans practicing the craft have also reduced.”

She is making money from ‘waste’

Maria decided to sell coconut-shell-made products in 2019 and spoke to artisans and experts who were making its by-products. She spent her initial months collecting all information related to coconut, and products related to it.

Maria said, “I learned that to make products from coconut shells certain machinery was required. This is mainly to scrub the outer and inner parts of the shell to give it a smooth finish.”

This project required a lot of investment as the planned machinery needed for the project was costly. This is when her 65-year-old father, retired mechanical engineer, Kuriakose Varoo stepped for bits of help and created a low-alternative.

After starting a new business, Maria made a few bowls for her home, she also added business logos on them. Maria said, “The laser printing was done by a third party company that prints on wooden products. As the final step, the shells were polished with coconut oil instead of chemical-based products like varnish.”

Maria delivers the products with love and care. The products are also available over the e-commerce platforms and her social media pages.