Fish raining down from the sky, endless natives; Astonishing people and Authorities giving an explanation

In the city of Texarkana, Texas, a rare phenomena known as "animal rain" occurred when fish seemed to fall from the sky during a thunderstorm. 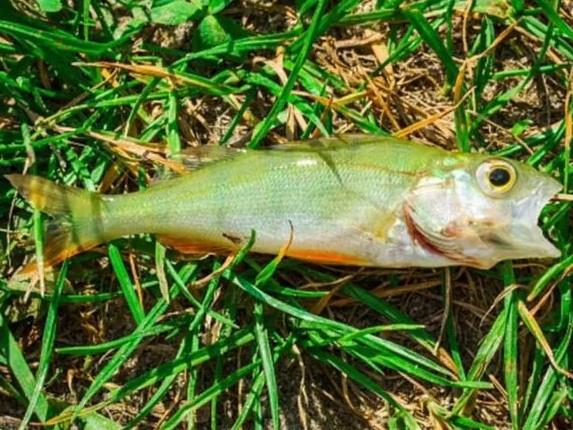 Texarkana, Texas is a city in the state of Texas. It's probably raining cats and dogs, but have you ever heard it rain fish? On Wednesday, a strange incident occurred in a US city when fish seemed to fall from the sky during a rainfall.
Animal rain was seen at Texarkana, Texas, when tiny water animals such as frogs, crabs, and small fish were carried into waterspouts.
On Facebook, the city of Texarkana shared a picture of the pouring fish.
"2021 is pulling out all the tricks... including raining fish in Texarkana today. And no, this isn’t a joke," The City of Texarkana penned in the Facebook post.
The post stated , "Animal rain is a phenomenon that occurs when small water animals like frogs, crabs, and small fish are swept up in waterspouts or drafts that occur on the surface of the earth. They are then rained down at the same time as the rain."
Also Read :  Gurmat Sangeet legend Padam Shri Prof Kartar Singh passes away, cremation today at 4pm
It further added, "While it’s uncommon, it happens, as evidenced in several places in Texarkana today... And please, for the sake of everyone, let’s tiptoe into 2022 as quietly as possible."
One user stated , "I wish it would occasionally rain money, is that a thing? Why can't money- rain be a phenomenon? come on 2022, let's see what it do!" Another user joked, "I hope it never actually rains cats and dogs."
A third user said , "We thought it was hail hitting our car but it was fish from Heaven." Yet another said , "Oh wow that’s crazy."