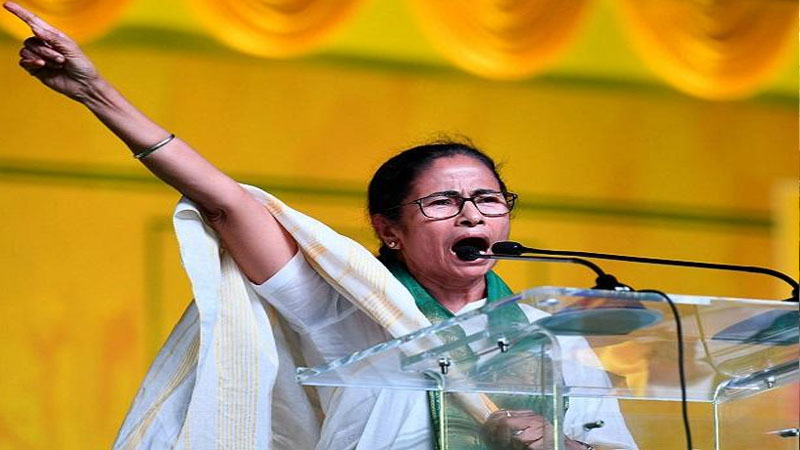 Top leaders of opposition parties, including the Congress, are likely to meet on January 13 to discuss the situation arising out of violence on various university campuses and protests in the country over the Citizenship Amendment Act (CAA).

Mamta Banerjee said, she has decided to fight the Citizenship Amendment Act and National Register of Citizens all alone because "the CPM and Congress are playing dirty games in Bengal."

"CPM and Congress are exercising riotousness in Bengal. They are indulged in violent activities in Malda and are responsible for torching the vehicles," Mamata Banerjee said while speaking at the Bengal Assembly on Thursday.

Mamata Banerjee's decision to skip the meet comes a day after the Left and the Congress had called for a nationwide bandh against the central government's economic policies.

"I was the first to launch an Andolan (movement) against CAA NRC," she said. "What the Left and the Congress are doing in the name of the CAA-NRC is not a movement but vandalism."

She said instead of protests, these parties are resorting to complete shutdown and trying to ruin the state's economy by pursuing "cheap politics" of strikes.

She asked leaders of other opposition in Delhi to "forgive her" for not attending the meeting as "it was me who had propounded the idea."

"But what happened yesterday in the state, it is no more possible for me to attend the meeting anymore," she said.

She was referring to clashes between her party men and Left workers during a strike called by Left trade unions, especially in Malda's Sujapur.

Ms Banerjee said her fight against the CAA would continue and she would never allow this law and the NRC in Bengal.

The CPM asked the Chief Minister to bring a resolution against the CAA and NRC in the assembly, to which Ms Banerjee said she had already voiced her opposition before and did not feel the need to pass a resolution now.

"We will not allow any strike in West Bengal. Those who don't have any political existence in the state are trying to ruin its economy by pursuing cheap politics such as strikes," Mamata Banerjee had said on Wednesday, hitting out at the Congress and Left parties, her rivals in state politics.

The Left, in turn, accused the Chief Minister of doublespeak and not backing the strike though it was dedicated to issues she had raised too.

Before coming to power in Bengal, Ms Banerjee led many agitations against the Left regime. She has also been one of the fiercest critics of the Narendra Modi-led BJP government.