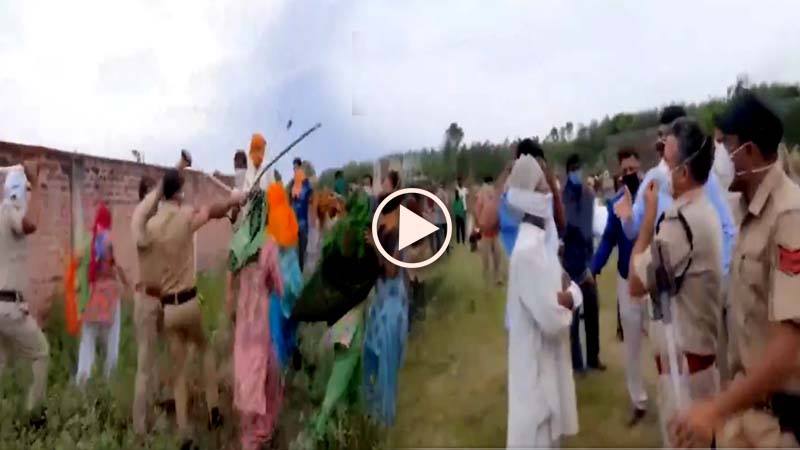 The coronavirus pandemic is not only affecting the health of people but also the mindset, as people nowadays tend to belive in rumors more than facts. After a verbal scuffle between locals and Police over the cremation of coronavirus patients, violence took place between police and locals in Chandpura, Ambala.

As per reports, Police and Doctors went to cremate a coronavirus patient (an elderly woman) to the designated cremation ground in Chandpura, Ambala.

The incident took place on Monday when the villagers suspected that the woman might have died of novel coronavirus infection and feared that the cremation would spread the virus in the area.

As per the DSP Ambala Cantonment Ram Kumar, a group of 200 to 400 people gathered violating the lockdown orders and attacked the police team and doctors when they reached the area, which is a designated cremation ground for Covid-19 related cases.

"This place is the designated cremation ground for Covid-19 and likely cases, locals objected when we brought the body here. Around 200-400 people gathered here violating the lockdown, police and doctors team was attacked," Kumar said.

He further said that strict action will be taken against the culprits.

Senior police officers reached the area and tried to make the locals understand, however, the villagers refused to budge. Later, the police had to use mild lathi charge to control the situation.

The deceased was cremated there in the presence of the police, the officials said. The woman had died at a civil hospital at Ambala Cantt in the afternoon. She had been admitted there after complaining of breathing problems. Around a dozen, villagers were taken into custody and further investigations were underway.