After the arrest of an IAS Sanjay Popli, other officers also on the radar of the Vigilance Bureau

Vigilance Bureau arrested IAS officer Sanjay Popli of the 2008 batch. He was arrested when he was roaming in the 17 Sector of Chandigarh with his family. 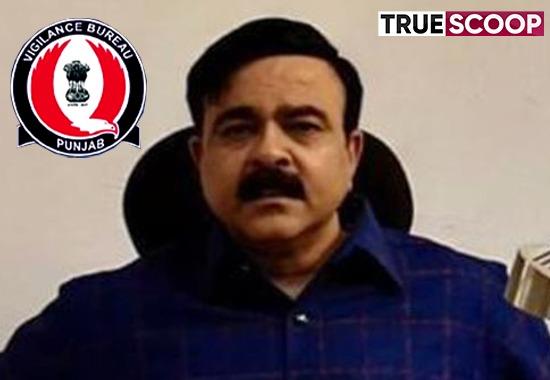 Yesterday evening, Vigilance Bureau arrested IAS officer Sanjay Popli of the 2008 batch. He was arrested when he was roaming in the 17 Sector of Chandigarh with his family.  The Punjab Vigilance arrested Indian Administrative Service (IAS) officer Sanjay Popli and his secretary on corruption charges.
As per the FIR, Popli allegedly sought one percent commission from a contractor of a Rs 7 crore sewerage project in the Nawanshahr town during the previous Congress regime. The contractor paid Rs 3.5 lakh through Sanjeev Vats, a Superintendent-level official posted as secretary to the officer, who was heading the Water Supply and Sewerage Board, on January 12.
The officials said Popli was seeking the remaining Rs 3.5 lakh from the contractor, who recorded his phone calls and complained about the anti-corruption helpline set up by the present Aam Aadmi Party (AAP) government.
ALSO READ: House of secrets 2?: 9 family members found dead in Maharashtra's Sangli, another Burari deaths mystery?
Sources reveal that after the arrest of an IAS officer, other officers involved in any sought of corruption are also on the radar of the Punjab Vigilance Bureau.
It has also come to the notice of the Bureau that almost four IAS officers were involved in the irrigation scam that took place for doing corruption of Rs. 1,000 crores.
The forest scam case file has also been opened again and it is observed by the team of the Vigilance Bureau that some of the retired officers are also involved in this scam.
The Bureau has assured that it will find all the officers involved in corruption in different scams and will take strict action against them.