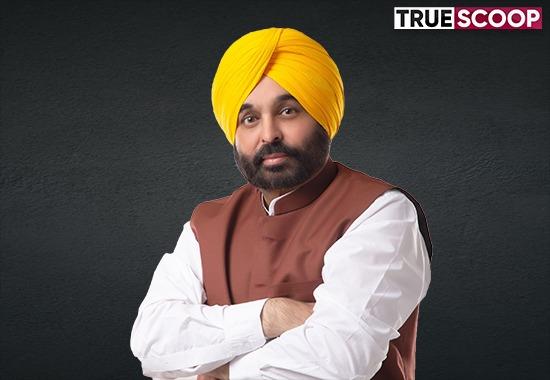 Digging the grave of Transport mafia in the state, Punjab Chief Minister Bhagwant Mann on Friday announced to start super luxurious Volvo buses to New Delhi airport from Punjab on June 15th.
“We have got the mandate of people to serve the state by eliminating mafia. Our government has already curbed liquor mafia through our New Excise policy and today I am happy to announce that now transport mafia will also be a thing of past”, said the Chief Minister while announcing starting of Volvo buses.
The Chief Minister bemoaned that for decades only private transporters had run their buses on this route and looted the people by charging as per their own whims and fancies. He said that these people monopolised the trade and exploited the people. Bhagwant Mann said that number of NRIs who came to Punjab from abroad had always complained him that why only private players have the right to ply buses on this route and why not government buses are running on them.
The Chief Minister said that now ending the transport mafia the pro-people government of Punjab will run these super luxurious buses that will charge less than half of private transporters and give double facilities than them.  He said that the booking of these buses can be easily done from websites of Punjab Roadways and PUNBUS. Likewise, Bhagwant Mann said that the time table of these buses, to and fro, will also be available on these websites.
Vowing to restore the pristine glory of the state, the Chief Minister said that Punjab will be soon a front ranking state in the country. He said that gone are the days when taxpayer’s money was plundered by the leaders and deposited in banks but now this money will be judiciously use for welfare of common man. Bhagwant Mann further sought support and cooperation from people to ensure holistic development of state.