Punjab Chief Minister Charanjit Singh Channi on Monday assured the people that the previous SAD-BJP alliance government in the state would be made accountable for the betrayal committed against Punjab and its people during its decade long misrule. 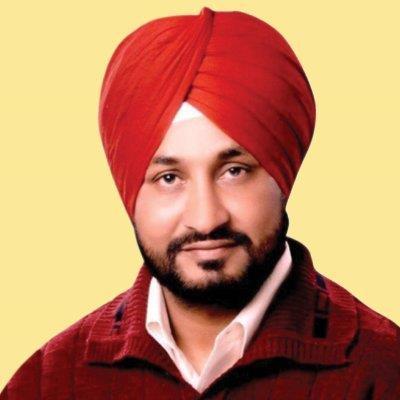 Punjab Chief Minister Charanjit Singh Channi on Monday assured the people that the previous SAD-BJP alliance government in the state would be made accountable for the betrayal committed against Punjab and its people during its decade long misrule.
He said that people of the state owe an explanation from Akalis for pushing the youth into drugs, sacrilege cases and bringing the state on the brink of economic disaster adding the beginning has already been made with the registration of FIR against former Akali Minister Bikram Singh Majithia.
While addressing a mammoth gathering here in the local grain market during the state level function to hand over the Sanads of five marla plot each to the houseless people, CM Channi blamed the SAD leadership for cahoots with the PM Narendra Modi led BJP government at Centre for the implementation of three black farm laws. He said Harsimrat Kaur Badal was the part and parcel of Central Cabinet which was instrumental in getting these draconian laws framed and finally she was forced to quit the Cabinet in wake of widespread angst of people especially the farmers. He further said that SAD and BJP both were equal partners in a conspiracy to finish the peasantry in the state through these three anti-farmer legislations. Channi said the unprecedented victory of farmers was an outcome of enormous contribution of every section of the society. The farmers fought this battle from the forefront and registered a historic win adding he said for which the Punjab government extended its wholehearted support from day one and was the first one to revoke these anti-farm laws and all the demands of all farmers’ unions were met in a specially convened meeting with them.
Showing solidarity with the victim families of farmers who died during the yearlong agitation at the borders of national capital, CM Channi said that his government had already given government jobs to the eligible members besides giving financial assistance of Rs. 5 lakh each in this hour of grief.
Listing the major pro-people initiatives taken by his government, CM Channi said that the arrears of electricity bills worth Rs. 1500 crore have already been waived off besides slashing the rate of electricity by Rs.3 per unit thus benefitting every category of the consumers. Likewise, the state government has already cancelled the Power Purchase Agreements (PPAs) done by the previous government with a sole objective to benefit the private players. Similarly, the pending bills of drinking water in villages have also been waived off besides reducing the water tariff rates from Rs. 160 in villages and Rs. 250 in urban areas to just Rs. 50 per month. He said all the promises made by the government have been implemented in the right earnest. Likewise, the rates of petrol and diesel have already been slashed by Rs. 10 and Rs.5 per litre respectively while the sand which was once sold at an exorbitant rate of Rs.22 per cubic ft. was now available merely at Rs.5.50 per cubic ft.
CM Channi said, “It is a sincere endeavour of our government that all the issues concerning people should be resolved amicably on the top priority.”
Accusing former Minister and Akali leader Bikram Singh Majithia, who allegedly became a brand of drugs, CM Channi said that Majithia would be soon put behind the bars.
Lashing at AAP Supremo and Delhi CM Arvind Kejriwal, CM Channi said that had Kejriwal not knelt down before Majithia by tendering an unconditional apology by filing an affidavit in the court, he would have been in the Jail six years ago. CM Channi warned Kejriwal for not giving fake guarantees to the people of the state and also blamed Capt. Amarinder Singh for allegedly resorting to last-ditch effort to save the skin of Akalis.
CM Channi further said that people have already made up their mind to re-elect the Congress so as to keep the tempo of development across the state. He also announced a development grant of Rs.5 crore to ensure holistic development of the Dharamkot Assembly constituency and said all the ongoing development works would be completed on the priority.
Earlier speaking on the occasion, Finance Minister Manpreet Singh Badal appealed the Punjabis to exercise their right to franchise in the forthcoming assembly elections with utmost care and caution so that the concerted efforts already steered in this direction to make state’s economy self-sustainable and reliant could further fructify.
Meanwhile, Local MLA Sukhjit Singh Kaka Lohgarh listed the demands of the assembly constituency and thanked the Chief Minister for conceding most of these demands.
Prominent amongst others who were present on the occasion included MP Mohd. Sadiq, MLAs Darshan Singh Brar and Harjot Kamal, former Minister Smt. Malti Thapar besides Special Principal Secretary to CM Rahul Tewari, DIG Surjit Singh, DC Moga Harish Nayyar, SSP Surinderpal Singh Mand, Chairman Zila Parishad Inderjit Singh Talwandi Bhangerian, Chairman District Planning Board Inderjit Singh Bir Charik, Chairman Improvement Trust Vinod Bansal, President District Congress Kamaljeet Singh Brar. Apart from these, senior leaders and party workers of Congress also attended the function.