According to rumours, Rajinikanth will travel to the United States to join his son-in-law and actor Dhanush, who is currently filming his forthcoming Hollywood film The Gray Man. 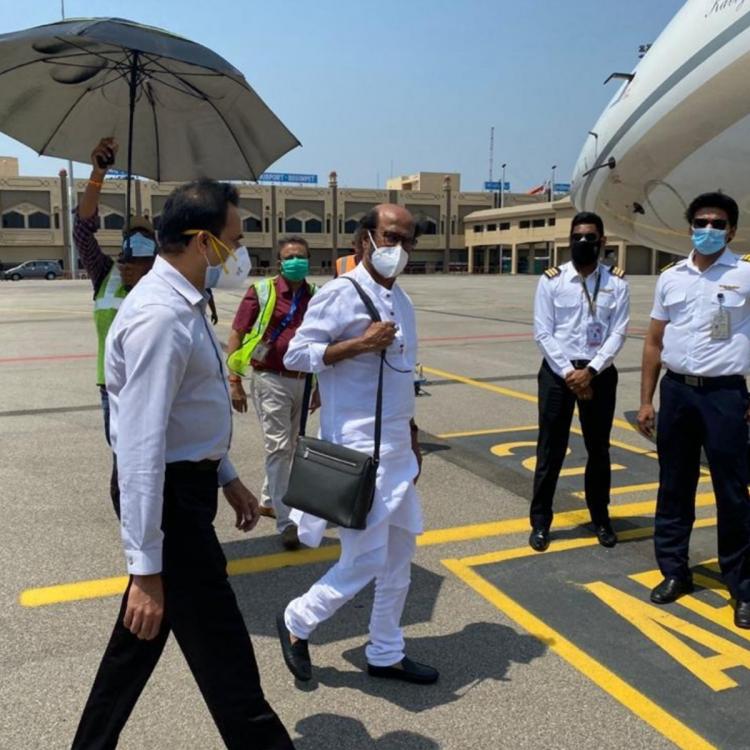 After arriving, he is expected to join his son-in-law, actor Dhanush, who is currently filming his forthcoming Hollywood film The Gray Man in the United States.

He'll fly out on a separate jet tomorrow night to join his son-in-law Dhanush, who's now in America filming his upcoming feature The Gray Man.
Also Read: Hyper-Sexualisation in Iron Man 2: A topic of criticism says 'Black Widow' Scarlett Johansson

Rajinikanth's health deteriorated a few months ago while he was in Hyderabad filming his forthcoming film Annaatthe.  After four staff members tested positive for COVID 19, the makers of the Siruthai Siva directed film halted production. On December 14, Rajinikanth began filming for Annaatthe in Hyderabad.

Rajinikanth was in self-isolation in Hyderabad when his blood pressure began to fluctuate, and he was brought to the hospital for treatment, despite the fact that he tested negative for the virus. He'll next be seen in the Siruthai Siva-directed rural drama Annaatthe. Nayanthara, Khushbu, Meena, and Keerthy Suresh play the leading females, while Prakash Raj, Soori and Sathish play the male leads.