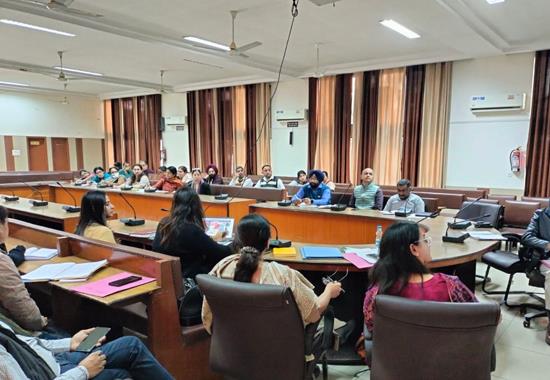 The health department will conduct a survey of children falling in the 0-5 age bracket who have not received Measles-Rubella vaccine.

To prepare the roadmap of the survey, Additional deputy commissioner Rahul Chaba on Monday convened a meeting of district task force with civil surgeon, senior medical officers and other nodal officers to give further impetus to the progress of MR vaccine. He said that the Punjab Government led by Chief Minister Bhagwant Mann was committed to measles and Rubella elimination by 2023.

Chaba said that a survey of all under 5 children, and those who are unvaccinated / under vaccinated would be carried out in the district. He said that following the survey, those children will be vaccinated with MR1/MR2 with a gap of one month. Further, blocks and zones lagging behind in MR coverage would be identified.

ADC said that this immunization program was crucial which aimed to reduce infant mortality as Measles is one of the leading killing diseases among the children whereas congenital rubella syndrome is also responsible for irreversible birth defects.

Chaba also asked to promote vaccination history checks at entry to daycares / preschools / kindergartens and encourage the vaccination for those who missed the routine dose of MR vaccine. He stressed upon stakeholders to work in coordination for achieving the target.