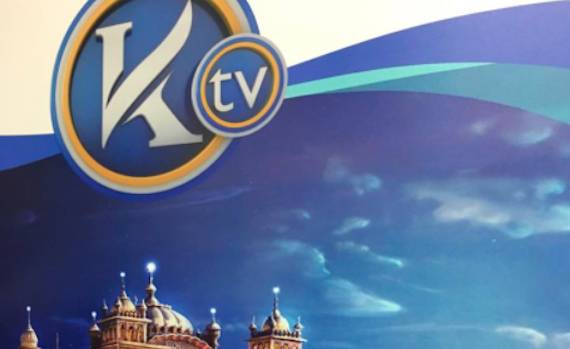 Khalsa Television Ltd or KTV in Britain has been fined 50 thousand pounds by the UK media watchdog for broadcasting a music video and discussion programme that was indirectly instigating British Sikh’s to commit violence and also contained a terror reference.

The Office of Communications (Ofcom), the UK government-approved media regulatory authority, issued the order on Friday following its findings dating back to February and November 2019, after it received complaints about the show.

The order directs the channel to give a statement on Ofcom's findings and also to not repeat the music video or the discussion programme found in breach of its rules.

Ofcom has imposed monetary penalties of 20,000 pounds and 30,000 pounds on Khalsa Television Limited about its service KTV for failing to comply with their broadcasting rules. The music video fined 20,000 pounds, while 30,000 pounds for the discussion programme.

Ofcom in its investigation discovered that through the music video the Sikh community living in the UK were indirectly called for committing violence, up to and including murder. The programme tried influencing viewers by influencing their minds without them being aware of what has occurred, which the Ofcom says is a breach of its broadcasting rules. It also

The discussion programme in question was aired live on March 30, 2019, as ‘Panthak Masle'. The show gave guests to express views which indirectly encouraged or incited actions to lead disorder. While the music video carried an image of former late Indian Prime Minister Indira Gandhi, which Ofcom noted emphasised the video's narrative of advocating violent action against India.

The Ofcom enquiry found that the show had reference to the proscribed terrorist organisation the Babbar Khalsa, and which in our view could be taken as legitimising it and normalising its aims and actions in the eyes of viewers, it notes.

The discussion programme, being broadcast in Punjabi, meant Ofcom had to commission an English translation.

KTV was informed about the investigation and did not initially raise accuracy issues but later did, resulting in a second translation.

KTV website describes itself as an interesting channel, showing a range of cultural, educational and entertaining programmes for audiences of all ages and takes pride in being completely independent, impartial and honest in its work.

KTV is a television channel broadcasting to the Sikh community in the UK under a license held by Khasla Television Limited.