Ten eggs of common trinket snake successfully hatched on March 8 and after consulting the forest range officer (territorial), Santosh Kank, the newly hatched snakes were released in another safe region. 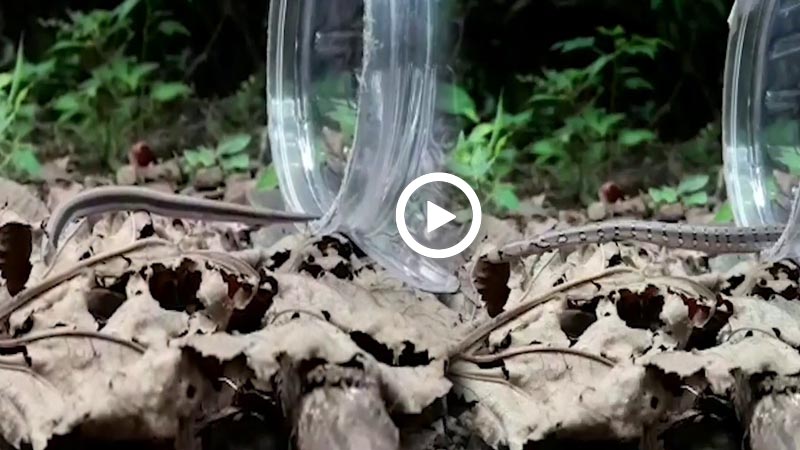 Spotting of snakes in India often creates panic among people, however, a Mumbai based local proceeded with maturity when he spotted female common trinket snake. As per reports, ten newly hatched common trinket snakes were safely released in the wild by Mumbai-based animal activists recently, after carefully monitoring the eggs that were first noticed in Dahisar in Maharashtra capital Mumbai last month.

"On February 1, the activists of Plant and Animals Welfare Society (PAWS-Mumbai) and Amma Care Foundation had received a call from a local citizen Ritik Jaiswal that an adult female common trinket snake was seen in Dahisar (east) area where 11 eggs were also found. We first safely rescued and released the female snake back in a forested area, and then looked after the eggs, with the help of veterinarian Dr Manish Pingle," said activist Sunish Subramanian of PAWS-Mumbai.

Ten eggs of common trinket snake successfully hatched on March 8 and after consulting the forest range officer (territorial), Santosh Kank, the newly hatched snakes were released in another safe region.