14 killed as heavy rains cause landslide in Mumbai's Chembur 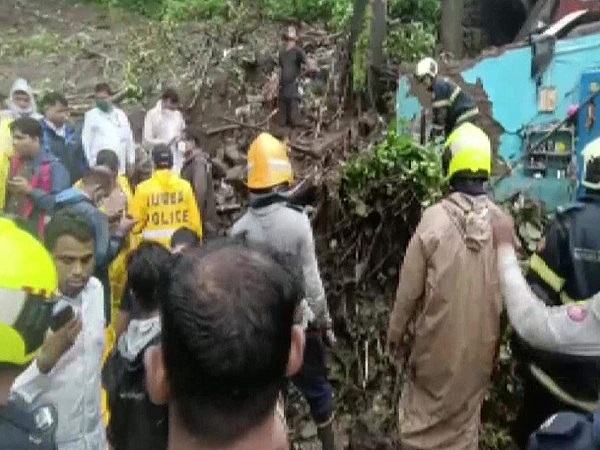 The officials have said that around 15 people have been rescued so far and shifted to nearby hospitals for treatment. However, they suggest that the death toll is expected to rise as several people are still trapped inside the debris.

Soon after the incident, the National Disaster Response Force (NDRF) and police teams reached the spot and started carrying out the rescue operations. Landslides had occurred in the area due to heavy rains, NDRF confirmed. Nearly five houses have also been affected due to the incident.

A red alert has been sounded in the city and people have been advised not to venture out in the open.

Mumbai city recorded 156.94 mm rain has been recorded between 8 pm and 2 am, officials said, adding that the eastern suburbs recorded 143.14 mm and the western 125.37 mm, respectively.

The suburban train services on both Central Railway and Western Railway in the financial capital were suspended due to water logging in the tracks due to the overnight downpour.

Central Railway said that due to water logging in tracks at Dadar, Parel, Matunga, Kurla, Sion, Bhandup and other locations, train services on main line were suspended between CSMT and Thane.

Several long distance trains on both Central railway and Western Railway were affected due to the flooded tracks.

Mumbai will continue to receive heavy to very heavy rainfall in the next five days, the India Meteorological Department (IMD) said.