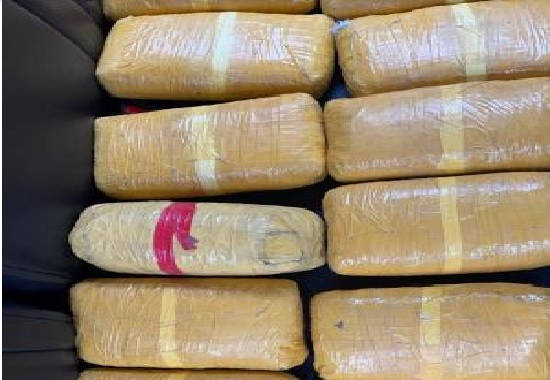 Following the leads provided by the Punjab Police, the Jammu and Kashmir (J&K) Police in a joint search operation with the Indian Army on Tuesday recovered two bags carrying Rs 1.64 crores drug money from Rajouri district in J&K.

The drug money is allegedly linked the with the seizure of 17Kg heroin, which was recovered by the Amritsar Rural Police on August 26, 2021, after arresting Amritsar-based Ranjit Singh alias Sonu, who was using two specially designed & fabricated compartments fitted underneath his Toyota Innova cab to smuggle the consignment.

Also Read:- 17 kg heroin worth over 85 crore smuggled from J&K seized in Punjab; one held

“Following inputs of Sonu, a police team from Punjab was sent to Nowshera and with the support of J&K Police, the teams had managed to arrest Sikandar and Zaffar,  on August 29, 2021; while Manzur could not be arrested as of now. Later, on the disclosures of Sikandar and Zafar, the Police teams from Punjab had also recovered Rs 29.5 lakhs drug money from their home at Nowshera,” the DGP said, while adding that, on revelations of Sikander and Zaffar, the police on Saturday had recovered 4 kg more heroin concealed in the doors of the same Innova car.

DGP Dinkar Gupta said that during further interrogation, the duo revealed about drug money concealed by a third accomplice Manzur Hussain at his premises.

“Acting on the inputs provided, the J&K Police along with Indian Army launched a search operation and recovered the cash of Rs 1,64,70, 600 from two bags. However, efforts are on to nab Manzur Hussain,” he said.

SSP Gulneet Singh said that the J&K Police have registered FIR No. 184/2021 under sections 17, 21 Unlawful Activities (Prevention) Act at Police Station Nowshera and further investigations are on to unravel the entire network.

Pertinently, Sonu, during his initial interrogation, had also exposed the jail-link, revealing that he had picked this consignment on the instructions of Ranjit Singh alias Rana of Patti in Tarn Taran (currently lodged in Faridkot Jail) and Malkeet Singh alias Laddu (lodged in Sri Muktsar Sahib Jail).