2022 US open Round 1 Leaderboard, results, score and highlights: Defectors steal the headlines

The 2022 US open Round 1 doesn't disappoint with several interesting storylines. 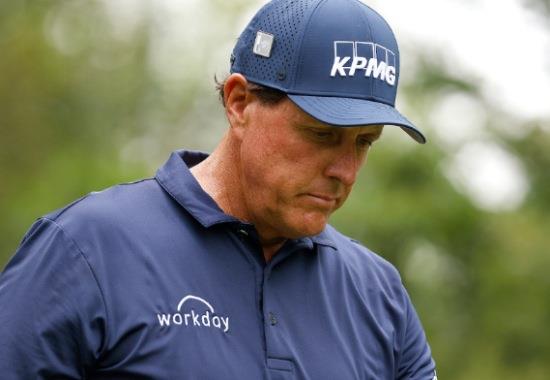 The 2022 US open Round 1 doesn't disappoint with several interesting storylines. Surprisingly, however, only a few of these storylines are about those in contention to win the prestigious tournament.
The focus is instead on the likes of Phil Mickelson who have to the surprise of many defected from the PGA tour and signed with the LIV tour. The LIV tour had its inaugural event in London quite recently; Charl Schwartzel won the event, it was his first victory since the 2016 Valspar championship.
The rookie tour has been a topic of discussion for many golf fans with some showing their disappointment with several stars leaving the PGA for it; while the others support it hoping that it would bring more competitiveness. Rory Mcllroy has sided with the former opinion and fired shots at   LIV head man Greg Norman, while also expressing his disappointment with Phil Mickelson. Mickelson is one of the new tour's biggest hitters.
It is still to be seen whether LIV players will even be able to qualify for future events without PGA. Some golfers such as 2016 US open champion Dustin Johnson have special exemptions for future events.
Read more:
Manchester City and Paris St-Germain putting European football in danger: La Liga president
The storylines surrounding the LIV tour will stay prominent as long as the defectors stay in the competition. The biggest names to watch this tournament are Jon Rahm, last year's winner of this event; Justin Thomas, winner of the PGA Championship; and Scottie Scheffler, who owns the other major victory this year by winning the Masters.
2022 US Open Leaderboard