Know the mystery behind 22 sealed rooms in Taj Mahal; Petition filed to open them

The Archaeological Survey of India (ASI) has been directed to check the 22 sealed rooms of the Taj Mahal. 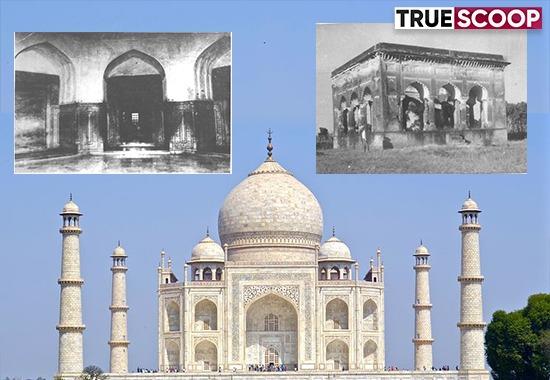 According to a plea filed before the Allahabad High Court's Lucknow Bench, The Archaeological Survey of India (ASI) has been directed to check the 22 sealed rooms of the Taj Mahal to see if there are idols of Hindu deities.
The petition requested the formation of a fact-finding committee and the ASI's production of a report. The idols of Hindu gods and goddesses are reported to be kept confined behind closed doors, according to the petition. Some historians and Hindu organisations have claimed that the monument is an antique Shiva temple, according to the petition.
According to the petition, certain Hindu organisations and prominent saints allege that this edifice is an antique Shiva temple, which is backed up by historians and facts. Many historians believe it is the Taj Mahal, which was erected by Mughal Emperor Shah Jahan. Some people believe Tejo Mahalaya, popularly known as the Taj Mahal, is a Jyotirlinga, or one of the magnificent Shiva temples.
According to the petition, "it is respectfully recommended that certain of the rooms located in the upper and lower parts of the four-story structure (about 22 rooms) be permanently closed." Historians like PN Oak, as well as millions of Hindu worshipers, think that the lock rooms contain a Shiva temple.
On behalf of Harishankar Jain of Lucknow and others, counsel Rajesh Kulshrestha filed a civil court case in 2015 to declare the Taj Mahal as Lord Shri Agreeshwar Mahadev Nagnatheshwar Virajman Tejo Mahalaya Temple. It was founded on King Parmardidev's inscription discovered near Bateshwar. In a counter-claim filed in 2017, the Central Government and the Archaeological Survey of India (ASI) denied that the Taj Mahal had any temple or Shivling or that it should be considered Tejo Mahalaya.
Also read: Udupi: Floating bridge deliberately removed to avoid damage
The petition was then dismissed by the district judge. A petition for review was afterwards filed. The petition for videography of the Taj Mahal's closed areas is currently pending with ADJ V.