A major accident took place at the construction site of Dubai Expo 2020, as per officials. 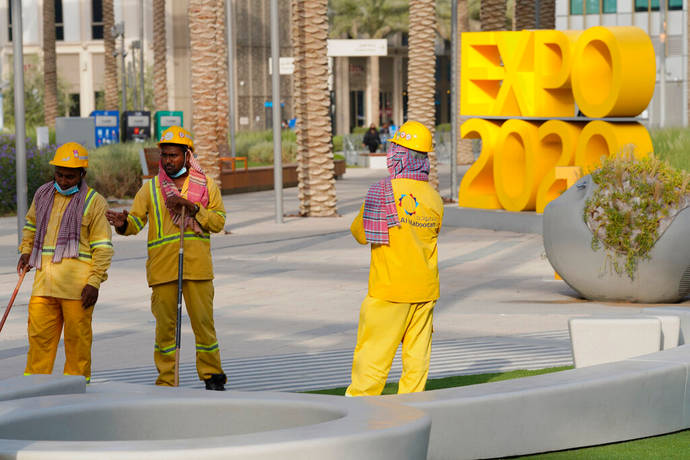 As per the officials, on Saturday, three died and more than 70 were seriously injured while working at Dubai Expo 2020 construction site.

According to the media agency, for the first time, the figures were revealed. The statics were out after the European Parliament called for a boycott of the six-month world fair, criticizing the United Arab Emirates' human rights record and "inhumane" practices towards immigrant labourers.

According to the statics by AFP, More than 200,000 workers constructed the huge site on the outskirts of Dubai, which features hundreds of pavilions and other facilities on a showground twice the size of Monaco.

After this incident, Expo through a statement said that the welfare of labourers is the “top priority.” The statement read, “Unfortunately, there have been three work-related fatalities, 72 serious injuries to date.”

“We have established world-class policies, standards and processes that protect and support the health, safety, and wellbeing of everyone involved in Expo 2020 Dubai,” the statement further said.

It also said that the work hours – 247 hours have been complete and the frequency of accidents was lower than Britain’s.

French Foreign Minister Jean-Yves Le Drian claimed that France was not a part of the European Parliament’s resolution.

He was quoted saying, “Our relation with UAE is a strategic one, it's very close, and we can say things in all transparency and if we need to say something to UAE government, well we do so but behind closed doors.”