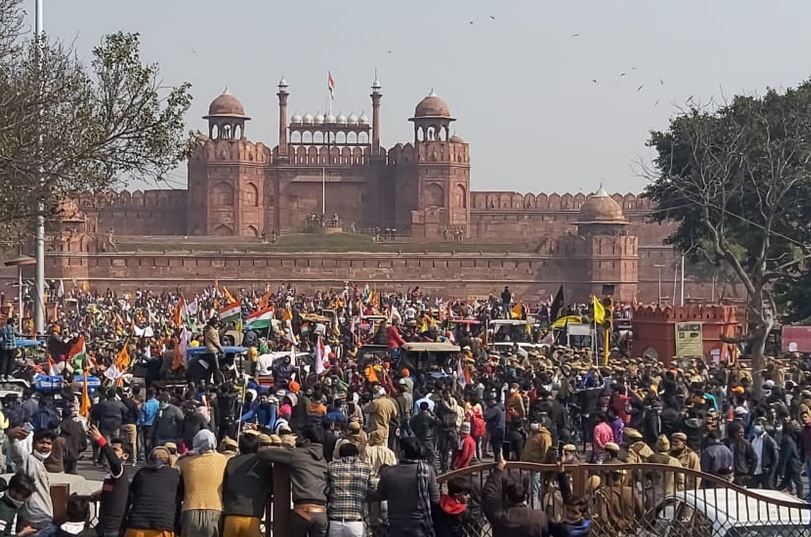 The Delhi court has granted bail to three men, who were arrested for allegedly indulging in violence, attacking police personnel and breaking barricades during the tractor rally against three farm laws on the Republic Day, saying that there was no specific involvement of the trio.

The Delhi Police told the court that "three rioters -- Lovepreet Singh, Ramandeep Singh and Jaswinder Singh -- were on a motorcycle during the violence". They were arrested, their mobiles phones were confiscated and sent to the forensic science laboratory, police said, adding that the "Investigation is at an initial stage so the bail must not be granted."

Chief Metropolitan Magistrate (CMM) Vinod Kumar Meena, however, noted that the police did not mention the role of the accused anywhere in their reply. "As per reply of the IO there is no case in which accused were having any previous involvement," the court added. The court also observed that there is no specific involvement of the accused in any violence or breaking of the barricading. It was also noted in the order dated February 8 that the accused are relatively young and there are no previous involvements.

"No further recovery is to be sought. Mobile phones which have been recovered have already been sent to the FSL. No fruitful purpose would be served by keeping the accused in custody," the Chief Metropolitan Magistrate observed while granting bail. Accused were let off on bail on furnishing personal and surety bond of Rs 20,000 each subject to the various conditions, including to not leave the country without permission of the court, not threaten witnesses or complainant or involve in any other offence in future.

Advocate Amarveer Singh Bhullar and Vikas Yadav, counsels for three accused, submitted that the accused were on motorcycle, were part of langer sewa and not involved in any case of violence as alleged by the prosecution. They said that the trio have been falsely implicated in the case and that there were no specific allegations against the accused person.

On January 26, protesting farmers had clashed with the police during the tractor rally against three farm laws. During the clash, a section of protesters had entered the Red Fort and hoisted Sikh flag. So far, the police have arrested 127 people. A total of eight people arrested in the violence case have been let out on bail till now.

Get the latest update about India, check out more about Punjab, Truescoop News, Breaking & Three get bail