50 killed in mosque bombing in Afghanistan

A suicide bomber has targeted a mosque in Afghanistan's Kunduz city during Friday prayers, killing at least 50 people, officials said. 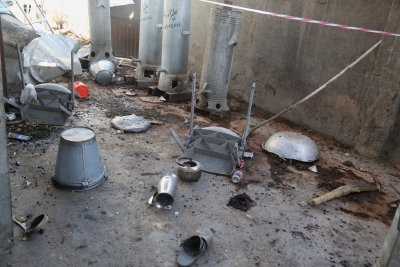 A suicide bomber has targeted a mosque in Afghanistan's Kunduz city during Friday prayers, killing at least 50 people, officials said.

Images on social media showed bodies and debris inside the mosque, used by the minority Shia Muslim community, the BBC reported.

No group has yet claimed responsibility for the attack.

Sunni Muslim extremists, including the local Islamic State (IS) group, have targeted the Shia community because they consider them to be heretics.

IS-K, the Afghan regional affiliate of IS that is violently opposed to the Taliban, has carried out several bombings recently, largely in the eastern part of the country.

The deputy minister of information and culture, Zabiullah Mujahid, confirmed the incident.

"Today in the afternoon, in the Khanabad Bandar area in the capital city of Kunduz, a blast targeted a mosque belonging to our Shia citizens, which martyred and wounded a number of our compatriots," he added.