The film '777 Charlie' is an emotional story of love from a pet. This is the journey of a human being to bring happiness to his pet. 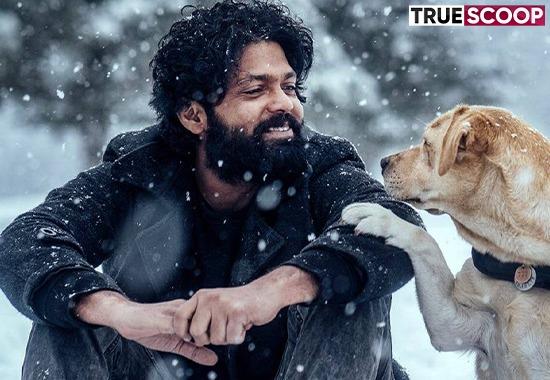 South Indian film company Devar Films has been dominating by making films on the relationship between animals and humans. The company of MMA Chinappa Dewar, after making many films in Tamil, also made Hindi films like 'Hathi Mere Saathi', 'Janwar Aur Insaan', 'Gai Aur Gauri' and 'Mera Rakshak'. KC Bokadia's film 'Teri Mehrabaniyan' has been a super hit film of its era, based on the relationship between humans and dogs.
Now Kannada cinema's famous filmmaker Rakshit Shetty has brought one such film once again to the industry, '777 Charlie'. Rakshit Shetty's name has been in the news a lot in recent times for her film 'Kirik Party'. The film was earlier talked about being made in Hindi with Kartik Aaryan and Jacqueline Fernandez. Then the names of Vicky Kaushal and Rashmika Mandanna were also in the news for the same. Rakshit Shetty belongs to the group of filmmakers who have entered cinema after studying engineering. The cinema of such people is inclusive and the film '777 Charlie' also raises such a big issue related to dogs, which usually goes unnoticed by humans.
The film '777 Charlie' is an emotional story of love from a pet. This is the journey of a human being to bring happiness to his pet. The protagonist of the story is somewhat like 'Kabir Singh'. Factory, house, beer, idli, cigarette... that's his life. No expression on his face. Even children are scared if he goes out on the street. A dog running out of someone's house comes and stops at his door. He does not run away even after running away and then the circumstances force both of them to live together. The initial arrangement is only for a few days but then both of them fall in love. This dog, which changed the habits of its owner, gets the name '777 Charlie'. He saves his master. And, in return he gets..! Telling the rest of the story here can spoil the fun of watching your film.
Rakshit Shetty's inclusive cinema
Rakshit Shetty's film '777 Charlie' is a must-watch for all those people who are troubled by the rapidly increasing number of dogs in the cities of the country these days. These cases are now going to the courts after moving out of the administrative departments. The film especially opens the eyes of those who hate dogs. Well, let's talk about the movie '777 Charlie'.
The hero of the film is Rakshit Shetty. He is also the producer of the film. Rakshit, who once had a heart with Rashmika Mandanna, has made this film with a lot of heart. Her performance and the jugalbandi of dog Charlie, who is facing the camera for the first time, are amazing. Sangeeta Sringeri has done an amazing job with the rest of the film's cast. If the eyes of the makers of Hindi cinema fall on her, soon she can appear in a Hindi film.
The trick of the film '777 Charlie', which shows India, is quite different from the film 'Teri Mehrabaniyan '. The film's music is its weakness as the film's music team has failed to compose the sentimental song that the film talks about. The film is also a bit long but whatever the director of the film has put in the film, it does not bore, yes it does give you a chance to check the phone in between.
It is considered a big mistake to give a chance to take your eyes off the screen in the cinema. Its cinematographer Arvind S Kashyap has done a commendable work in the technical team of the film. Arvind has given the entire film a changing painting look on the canvas. He captures the characters as well as the surrounding environment beautifully in the camera. Especially when the main characters of the film go on a journey and when they reach the Himalayas, Arvind's camera is amazing.
Kiranraj's amazing and, in the hands of those who are in command of the film, Kiranraj's career, this film is going to change completely. Kiranraj was part of the film's directorial team in the film 'Kirik Party'. At the same time, he befriended Rakshit Shetty and entrusted him to direct the film, '777 Charlie'. Seeing the film, it does not seem that this is only Kiranraj's second film as a director. His shot division, camera placement and movements are amazing. He has also given complete freedom to the artists to bring their expressions. Yes, in this affair, the film is a bit sluggish in the beginning, but after coming on track, the film does not stop till the end.
If you haven't watched a movie with the whole family in a long time, then '777 Charlie' promises to be complete family fun this weekend. It takes a bit of patience in the beginning to watch the film. Just once you get in sync with the story and its characters, this film will make you cry a lot, as well as bring a smile to your face several times.