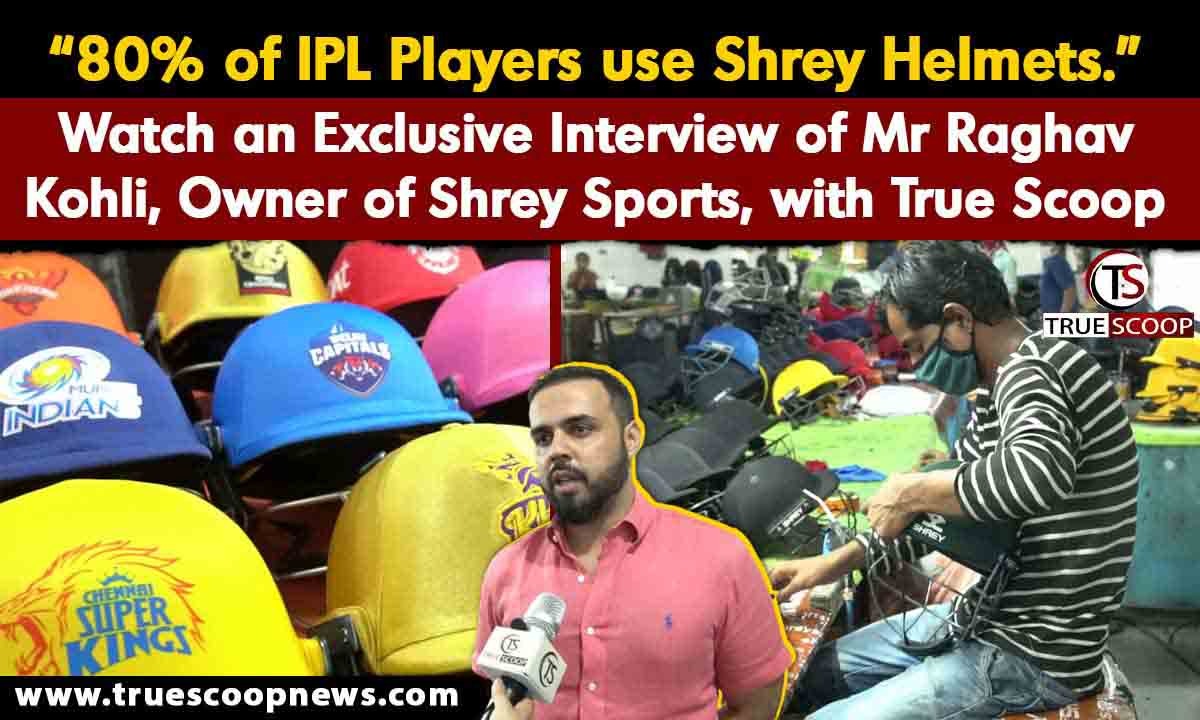 Since the IPL has started, Shrey Sports, a leading manufacturing company makes cricket helmets for the IPL Cricket Players. This time also amidst the pandemic IPL is starting from 19th of September.

IPL begins today but this time audience won't be able to go to the stadium and motivate their favourite players as it's taking place in Dubai due to the pandemic. But do you know who is behind the helmets that the players use? Have you ever thought of that? Well,don't think much. We'll help you with that too. A Company named Shrey Sports which is located in Punjab's district Jalandhar is the one behind the helmets that the players use. Talking about how did the journey begin with the owner of Shrey Sports. Mr. Raghav Kohli says that it all started with his father's Company that started making the helmets for an Australian brand which I took over after I entered the business. It obviously took a lot of hard work to reach to this level.

Talking more about the helmets, We asked Mr. Raghav a few more questions.

1. How is the designing of helmets different this time?

-- This time we have got a new technology from France. The best thing about this technology is that it keeps the helmet cool and it is much more safe to use. So the players won't be tilting their helmet again and again to remove the sweat. Also,There will be lesser sweat.

-- It was My idea only because we keep looking for technologies to implement in our products. It's our responsibility to provide the players with something new. BCCI and ICC make sure that any helmet used at international level is certified by British safety standards. Once the helmet is approved, it depends on players which brand they want to go with.

Mr. Raghav tells that 80% of the IPL Players use Shrey Helmets. To know more about the helmets used by Virat Kohli and other players, Watch Our Exclusive Interview with the owner of Shrey Sports,Mr. Raghav Kohli.