“I heard yesterday that after India carried out record 2.5 crore vaccinations yesterday, a political party complained after midnight that they are experiencing fever. Is that possible?” he asked one of the healthcare workers. 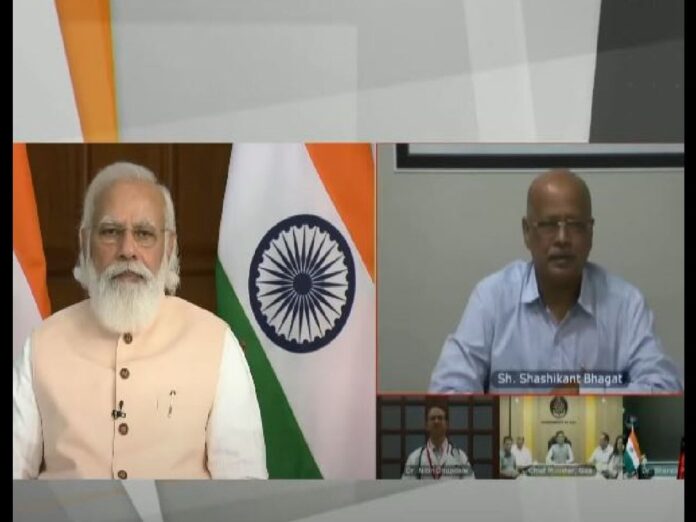 On Prime Minister Narendra Modi’s 71st birthday, the country set a new record by administering over 2 crore vaccine shots in just 9 hours, the biggest number ever and smashing all previous single-day vaccination records.

On the next day (September 18), Prime Minister interacted with the healthcare workers from Goa through video conferencing. During the interaction, he praised the state and its health care workers for massively contributing towards the world’s largest and fastest vaccination drive – “Sabko vaccine, muft vaccine”.

PM Modi said that this is an unforgettable moment for me. “Birthdays come and go but I have been away from such things. But yesterday was emotional for me. It has become an unforgettable occasion for me,” said PM.

Further, he said that neither I am a doctor nor a scientist but is it possible that a political party got fever after India crossed the 2.5 crore vaccination milestone. PM was quoted saying, “I have heard of several possible side effects of vaccines, such as fever, fatigue, etc. I am neither a scientist, not a doctor. But I heard yesterday that after India carried out record 2.5 crore vaccinations yesterday, a political party complained after midnight that they are experiencing fever. Is that possible?”

He further lauded the state for fighting against natural calamities like heavy rainfall, cyclone and flood, under the guidance of Goa Chief Minister Pramod Sawant.

Later, he informed about his interaction on his Twitter handle, he wrote, “Addressing healthcare workers and vaccine beneficiaries of Goa.” Through the micro-blogging site, he praised every doctor and nurse, individually.

“Yesterday's vaccine numbers were outstanding. Our vaccination drive would not be a success without the hard work of our doctors, innovators and healthcare workers,” he further wrote, adding, “States with high tourist footfalls have shown good vaccination numbers. This is a great sign and will benefit the tourism industry.”