'How can you talk to your parents about this? You should be ashamed of yourself. 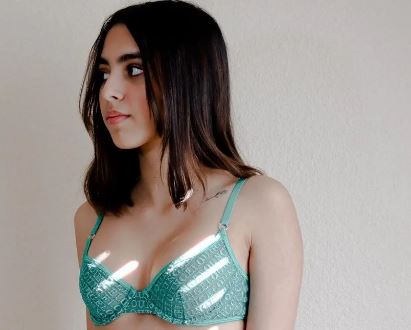 Aaliyah Kashyap, the daughter of filmmaker Anurag Kashyap, reviled that she receives a lot of hate from social media followers and that is just because she speaks and discusses premarital pregnancy and sex with her father. As these topics are still considered to be discussed in private or not to be discussed at all in the Indian society, she usually discusses these taboo things, with her dad on her YouTube channel, which is named ‘Aaliyah Kashyap’ and has 82.1 K subscribers.

Recently, Aaliyah had an interview on Zoom TV’s talk show By Invite Only where she told how her YouTube subscribers act on her YouTube videos, especially on those videos which are related to “awkward questions” on topics like drugs, sex, and pregnancy to her father, asking his opinion like on “one-night stand and hook-ups,” which the filmmaker thinks “weed is acceptable” and she also asks questions such as how would he react if “she was pregnant.”

She opened up saying that the positive reactions usually involve Anurag Kashyap being a “progressive parent” but the hate comments usually are that she should be ashamed of talking out things with her parents. But she likes that people are getting away to get answers to the questions that they wish to know but are really afraid to ask. She said, “I have gotten a lot of messages of people talking about how it's good to see such a progressive parent. People have questions and they are too afraid to ask their parents and so it's nice for them to have a medium to get answers to their questions. But there's also the other side - people that are a little more sheltered or reserved that aren't very comfortable with it."

She further added, “You should have seen the comments on the video I made with my dad. There's like these... I don't even know what people have come on my channel... Full-on hate. Because sex and pregnancy and drugs and blah blah blah. They were just like, 'How can you talk to your parents about this? You should be ashamed of yourself'."

Here is the video link. Before this, she was also hated to post a photo of herself in lingerie and a lot of comments on that post were:

“Choot”, “Please shave the hairs last night mood kharab hua hairs ke vajah se”, “niche thoda dheeela padi hai ..I know i Know size nahi mila hoga is colour me”, “I had a doubt.....why the heck did you want to take a pic in a lingerie....first of all you are not promoting any brand....secondly you are not there on the beach”, “Apni bhn ki bhi dal de ek do photo esi” and many more.

But on a positive side there were many people who were promoting her and asking her not to pay any heed to the negative people:

“Ignore the hate, some people have gotten into the habit of saying whatever they want and not getting punched in the face for that....”