Aamir Khan's Laal Singh Chaddha scripts history ahead of its release amidst boycott call; Details Inside

Amidst #boycottlaalsinghchaddha call, Aamir Khan's movie has already scripted history ahead of its release. 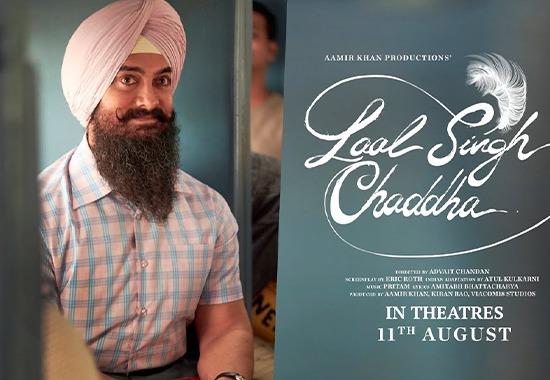 After a hiatus of three years, Bollywood's 'Mr. Perfectionist' Aamir Khan is coming again on the silver screen with his much-awaited movie Laal Singh Chadha. However, Aamir Khan's much-awaited movie Laal Singh Chadha is in soup as a section of people has been saying to boycott it and watch the original version of the movie i.e. Forrest Gump. Amidst #boycottlaalsinghchaddha call, Aamir Khan's movie has already scripted history ahead of its release. As per MensXP report, Aamir's Laal Singh Chaddha has become the first Bollywood movie to arrange a press screening for Hollywood media.
Interestingly, Aamir Khan who was called 'mastermind' by Bollywood actress Kangana Rananut has pulled out a masterstroke in order to make Laal Singh Chaddhaa global hit. It will be the first time, that any Bollywood movie has arranged a press screening for Hollywood media, especially outside New York.
Divulging the details, famous Hollywood film journalist Josh Hurtado for Screen Anarchy took to his Twitter handle and wrote, "Wow. LAAL SINGH CHADDHA is getting a local press screening. I've been writing about Indian films for 12 years and I've NEVER seen a press screening outside of NYC."
Also Read: Aamir Khan gets trolled for copying Tom Hanks' expression in his 'Laal Singh Chaddha' trailer, 'Abbe Yaar' netizens

Interestingly, Aamir Khan in an interview requested the people of India to not boycott his upcoming movie and also gave a clarification over his past remark which actually filled the fans with rage. While the people of India are yet to decide whether to watch Aamir Khan's movie or not, it is a fact that Mr, Perfectionist is leaving no stones unturned to make his movie a global hit.
In fact, the official pages of Paramount Pictures & Forrest Gump are also promoting the film on social media accounts garnering the attention of the audiences in the west. It is pertinent to mention here that Aamir's Laal Singh Chaddha is based on Tom Hank's classic movie 'Forrest Gump'. Previously, while talking to a news organisation, Aamir had revealed showing the movie to Tom Hanks and Paramount Pictures.
"The Paramount Pictures team has watched the film. They liked the film so much that they insisted that they’d like to release the film all over the world. In India, Viacom18 will be releasing it," Aamir had said.
Coming to Laal Singh Chaddha's starcast, the movie is directed by Advait Chanda. It also stars Kareena Kapoor Khan, Mona Singh, Manav Vij & marks the Bollywood debut of Telugu actor Naga Chaitanya.  Laal Singh Chaddha worldwide release date is August 11, 2022.