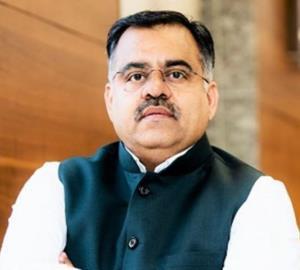 BJP national general secretary Tarun Chugh today came down heavily on the Bhagwant Mann government for meteing out maltreatment to doctors in the state following which many of them have put in papers.
He said as reports suggested that 13 doctors have resigned ever since the AAP government has come to power it indicated that doctors were not feeling comfortable in rendering government services.
He said the AAP government had not been taking proper care of health services in the state as had been indicated by the inhuman humiliation heaped on Vice Chancellor Dr Raj Bahadur Singh whose resignation has not been accepted by the state government. Chugh demanded that Chief Minister Bhagwant Mann to take immediate decision on his resignation so that doctors at large do not feel discouraged and dampened in spirit.
Chugh said there has been grave shortage of medicine in the civil hospital following which poor patients were finding it difficult to avail the government services. Moreover, the infrastructure in the government dispensaries and civil hospitals needed to be revamped for which the state government has made no effort so far.
Reiterating his condemnation of the incident in the Baba Farid medical University in which Dr Raj Bahadur was humiliated to the tears, Chugh demanded the chief minister to take action against the state health minister so that confidence of doctors across the state could be restored.