After the completion of voting for Delhi Assembly Elections, the Aam Aadmi Party (AAP) has questioned the Election Commission. 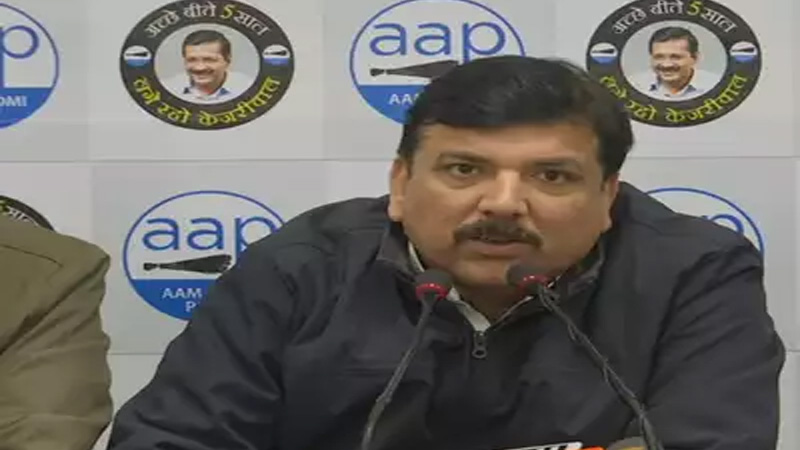 On Sunday, AAP's Rajya Sabha MP Sanjay Singh said whether the Election Commission will hold a press conference to tell what percentage of voting took place in Delhi.

He said, 'I think this is happening for the first time in the history of India when the Election Commission has not told what the voting percentage in Delhi was.'

The Lok Sabha elections have also been held, even at that time, the Election Commission had declared the percentage of voting on the same day. He remembers when voting was done with a ballot paper, then the next day in the morning, the newspapers used to report what percentage of the turnout was done. This time all the media and Delhi have been waiting since yesterday to see what percentage of voting has taken place in Delhi.

For the first time in the history of 70 years, the Election Commission is not ready to give even the percentage of voting, alleged AAP MP. It means something is cooking somewhere, there is some black in the pulses. There is a game going on inside. Because it is very common to say the percentage of the vote.

On the other hand, Delhi Chief Minister Arvind Kejriwal tweeted, 'It is absolutely shocking. What is the Election Commission doing? Why have they not released the poll figures even after several hours of voting? 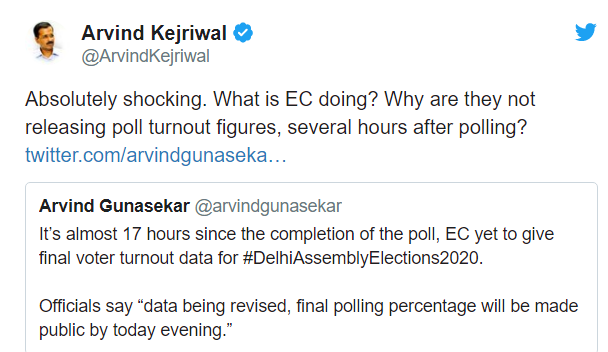 Manish Sisodia, a minister in the Delhi government, has raised questions on BJP leader BL Santosh's poll percentage. Sisodia wrote on BL Santosh's tweet, 'BJP leaders are giving poll figures. On the other hand, the Election Commission has not been able to tell what percentage of voting took place till 24 hours after the end of voting. Saying that data is being collected right now. What's going on @CeodelhiOffice? Do you have to meet the final vote of BJP office? ' 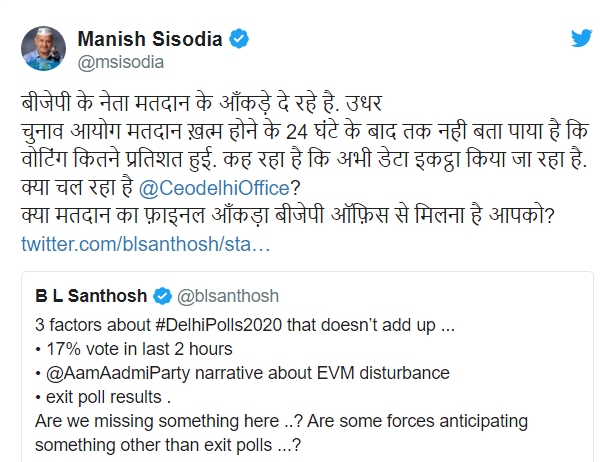 Earlier, on Saturday, after voting Sanjay Singh tweeted a video and alleged that EVMs are suspected of tampering. Also, after meeting with party leaders, it was ordered that all AAP leaders should keep a close watch on the EVMs kept in the strong room. It is known that all exit polls have predicted the formation of the Aam Aadmi Party government. Despite this, the party is continuously alleging that EVMs can be tampered even after voting.

At the same time, Delhi state president of BJP Manoj Tiwari said after exit polls said that all these will be proved wrong. He had said that EVMs should not be blamed if the actual results are reversed from the exit poll.