Delhi's ruling AAP on Thursday announced it had suspended its Municipal Councillor Tahir Hussain, who has been accused of involvement in the northeast Delhi violence and also been booked in the murder case of an Intelligence Bureau officer. 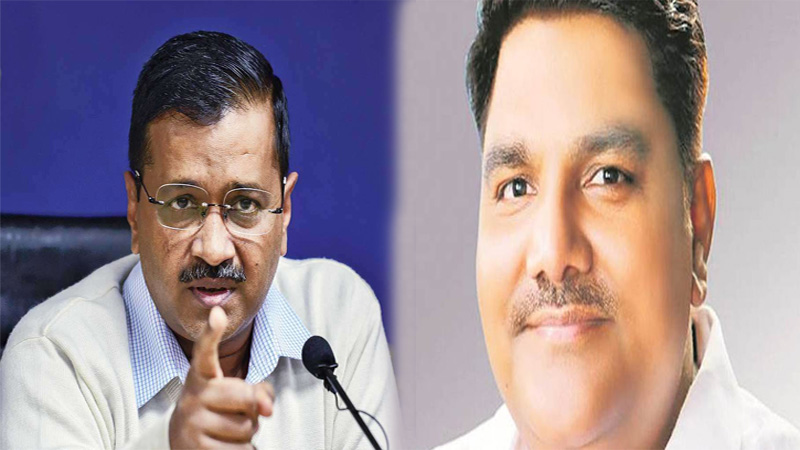 Earlier on Thursday, Chief Minister Arvind Kejriwal, asked about charges of involvement in violence and arson in northeast Delhi against the AAP councillor, had said: "Any person found guilty should be given strict punishment. If any Aam Aadmi Party member is found guilty, he or she should be given double the punishment."

The Delhi Police registered a murder case against Hussain in the killing of IB officer Ankit Sharma, on the basis of a complaint given by Sharma's father.

Sharma's body was recovered on Wednesday from a sewer in Jafarabad and the autopsy report on Thursday said that he was brutally stabbed to death. His family has alleged Hussain's supporters brutally assaulted Sharma and killed him.

People in the neighbourhood have alleged that the AAP leader played an active role in the riots that engulfed the area since Sunday. Also the house of Hussain, the Aam Aadmi Party (AAP) municipal councillor from Nehru Vihar, in Chand Bagh still has a number of petrol bomb bottles, acid pouches, and stones scattered on the rooftop and inside.

Hussain's house has come under the scanner after a number of videos on social media showed over 100 to 150 people pelting stones, throwing petrol bombs and acid on Monday and Tuesday afternoon.