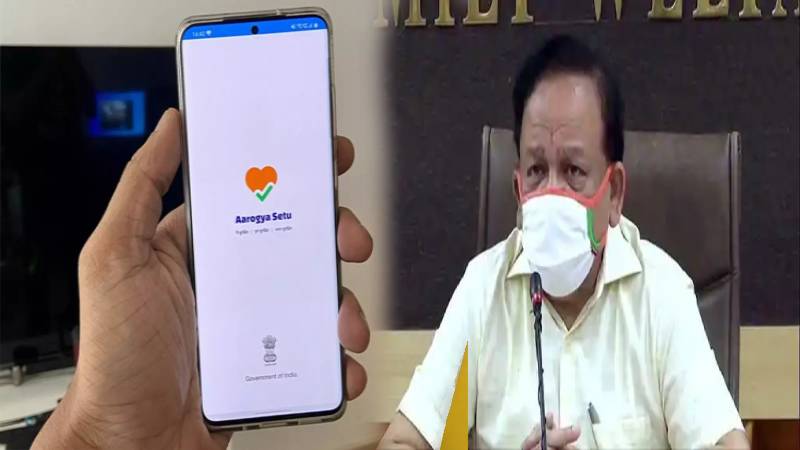 He also sought ramping up surveillance for Severe Acute Respiratory Infections (SARI)/Influenza Like Illness (ILI) in the affected and non-affected districts, he added.
"The downloading of Aarogya Setu should be made compulsory for all returnees for better contact surveillance and suitable medical interventions," he said, adding that in view of the surge of returning migrant labourers, states/UTs need to focus on more effective surveillance, contact tracing, adequate testing and timely treatment of all the returnees.
"This also includes the ones that shall be returning from abroad. Various states/UTs outlined the preparations being made for their testing at the point of disembarking, quarantining them, testing and further treatment," he said at a high-level meeting with Lt Governors of Jammu and Kashmir and Ladakh, and Chief Ministers of Uttarakhand and Himachal Pradesh and other senior government functionaries.
Harsh Vardhan also stressed upon ramping up the surveillance for SARI/ILI in the affected and non-affected districts, and suggested states/UTs to take the help of the medical colleges for this purpose.
Also Read:  Over 6,000 repatriated to India under Vande Bharat Mission
"Such measures will help to indicate the presence of any possible hidden infection at an early stage thus helping in its timely containment," he added.
He said the testing capacity of the country has increased to 1 lakh tests a day and the doubling time of the cases, which was 10.4 days in the last 14 days, has improved to 12.2 days in the last three days. And, after 70, 756 coronavirus cases and 2293 deaths so far, the country's mortality rate is 3.2 percent, he added.
The Health Minister also added that (as of Monday) there are 2.37 per cent active Covid-19 patients in ICU, 0.41 per cent on ventilators and 1.82 per cent on oxygen support.
"In the last 24 hours, 3,604 new confirmed cases have been added and 1,538 patients were found cured. Cumulatively, 17, 62,840 tests have been done so far for Covid-19. Whereas, 86,191 samples were tested on Monday," said a statement from the ministry