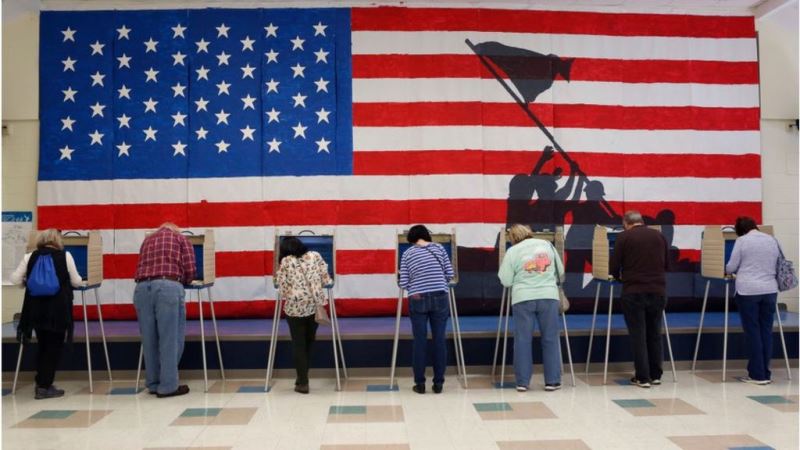 The American elections have not disregarded the Indian voters with a tough competition among the parties to woo them.

Both the parties, the Democrats and the Republics have issued ads in Indian languages like Gujarati and Marathi. In addition, many promises have been made on H1B visas, a darling of many individuals including the skilled Indians who aspire to move to America.

The Indian voters have made it clear to the contestants that views on India-specific issues like Kashmir, Citizenship Act, and others will matter.

The community is about 41.61 lakh strong.

The survey was conducted by Carnegie Endowment for International Peace, Johns Hopkins University, and the University of Pennsylvania.

In addition to the overtures of friendship between Donald Trump and Narendra Modi, the other factor is the Democrats’ Kamala Harris as the choice for vice-presidential candidate. Her Indian-origin is expected to appeal to the Indian community.

Also Read: WHO Scientist Soumya Swaminathan: Healthy young people might have to wait until 2022 to get coronavirus vaccine

Milan Vaishnav, lead researcher and Senior Fellow, South Program at Carnegie noted, “While Republicans are more bullish on Modi, it is worth pointing out that Democrats still largely view him favorably. The simple notion that Trump supporters are Modi supporters and Modi opponents are Trump opponents does not find support”.

If history is analyzed, the Indian Americans have been choosing the Democratic Party. For example, about 93% voted for Barack Obama in 2008. Though, the Democrats have been losing the support ever since.

The scenario is that those who prefer Trump like Modi also. Those who dislike Trump are divided on their preference to Modi.

Vaishnav notes that few could have imagined the importance being given to the Indian American votes as is being given this time, and goes ahead to question the significance of Modi on the US election results.

The survey was conducted on a representative sample of 1,200 Indian Americans in September.

From religions’ point-of-view, 22% of Hindus, 45% of Christians, and 10% of Muslims prefer Donald Trump.

It is worth noting that there is a topic on which all voters agree and that is university admissions. About half of both groups oppose affirmative action in higher education.