National shooter Sukhmanpreet Singh alias Sippy Sidhu was shot dead in a park in Chandigarh in 2015. 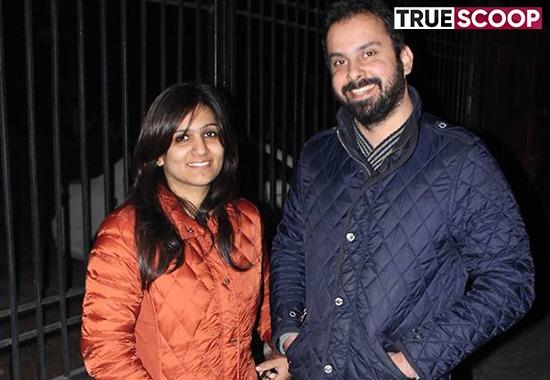 After seven years of the murder of a national-level shooter in Chandigarh, the CBI on Wednesday arrested an accused named Kalyani Singh, daughter of Himachal Pradesh High Court's Acting Chief Justice Sabina.
The first person to have been arrested in the case, Kalyani Singh, is believed to have been accompanying another person who shot Sippy Sidhu. The murder was the result of a relationship gone sour.
The investigating agency has got four days' remand to interrogate accused Kalyani Singh. The CBI suspected Kalyani’s role since the early stages of the probe in 2016 as it repeatedly said "a woman was accompanying the murderer".
The bullet-ridden body of Sukhmanpreet Singh best known as Sippy Sidhu, who was also a corporate lawyer, was found in a park in Sector 27 of Chandigarh on September 20, 2015. Sidhu, 35, used to live in Mohali. He was a grandson of Justice SS Sidhu, a former judge of Punjab and Haryana High Court.
In January 2016 after the intervention of the Punjab Governor, who also serves as the Chandigarh UT Administrator, the case was handed over to the CBI.
In a newspaper advertisement at the time, the CBI said, "There is reason to believe that a woman was accompanying Sippy's killer at the time of the murder. The said woman is also being given this opportunity to come forward and contact us if she is innocent. Otherwise, it shall be presumed that she was a party to the offense.”
As the case dragged on, in December 2021 the CBI increased the reward for clues to ₹ 10 lakh.
On Wednesday, a CBI spokesperson said, "During further investigation, the alleged involvement of the accused (Kalyani Singh) came forth in the case. Accordingly, she was examined and arrested."
She was produced before special judge Sukhdev Singh and remanded to four days' custody of the CBI.
The Chandigarh Police, which claims to be 'we care for you', was scared of the investigation in the Sippy Sidhu murder case, a national-level shooter and advocate. According to Sippy Sidhu's family, Chandigarh Police knew from the beginning that Kalyani Singh, the daughter of a High Court judge, was involved in Sippy's murder.
The police tried to divert the investigation in some other direction. Due to this Kalyani Singh went on saving. In such a situation, the family had demanded an investigation from an independent agency like CBI, after which the CBI started the investigation.
After taking the case, the CBI questioned the then SHO of Sector 26 police station, Poonam Dilawari, regarding the investigation. The CBI, in its untraced report submitted in the court, had said that the UT Police was very negligent in the investigation.
As a result, the evidence was destroyed. The CBI had also written in the report about negligence on the part of the then SHO Poonam Dilawari.