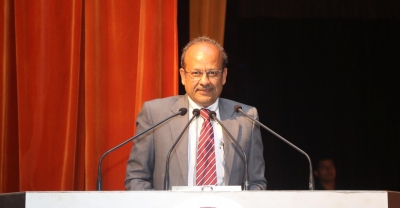 An order issued by the Law and Justice Ministry said: "In exercise of the power conferred by clause (1) of Article 222 of the Constitution of India, the President, after consultation with the Chief Justice of India, is pleased to transfer Justice Rajesh Bindal, judge, common high court for the Union Territory of Jammu and Kashmir and the Union Territory of Ladakh, as a judge of the Calcutta High Court."

The transfer of Justice Mittal had been decided by the Supreme Court Collegium in its meeting earlier this month.

Justice Bindal has been acting as the Chief Justice of the J&K High Court after the retirement of Justice Gita Mittal.

He was part of the division bench with Justice Gita Mittal that ruled that the J&K Roshni Act was unconstitutional and directed that all allotments under the said act should be treated as illegal.

The J&K government has now moved a review application before the division bench that seeks to distinguish the weak and poor allottees of the Roshni Act from influential and powerful allottees.