A 100% heart blockage has been found in a portion of Raju's heart, he collapsed yesterday while training at gym complaining of heart pain Author : Tushar Singh 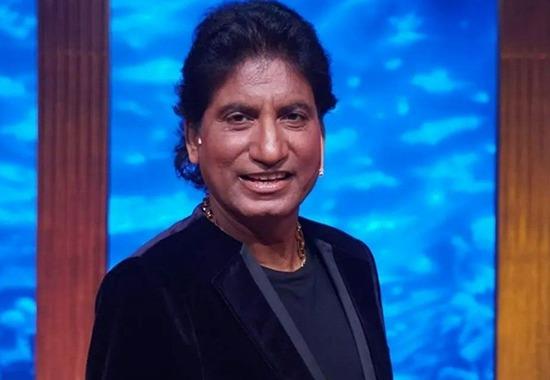 The Great Indian Laughter Challenge fame Raju Srivastava alias Gajodhar nationwide famous for his comic performances on stage is amid a huge medical urgency after he collapsed during his gym session yesterday. He was complaining of chest pain right before falling to the ground.

The 58 years old comedian-actor was rushed to AIIMS in Delhi and has been put on a ventilator after no sign of improvement was seen in his health.

Raju’s PRO Garvit Narang informed about the actor’s health saying “Yesterday he went through Angioplasty in the evening after getting admitted, his brain is not responding at the moment, he is not in his senses.

Pulse is somewhere between 60-65.” There has also been a 100% blockage found in a portion of Raju’s heart, Narang added. One of Raju’s close aides Maqbool Nisar informed about the incident that ended up him being admitted to the hospital.

Raju was in Delhi to meet some of the party’s top leaders, yesterday morning while running on the treadmill he complained of chest pain and immediately fell to the ground he was rushed to the hospital.

The actor was born on December 25th, 1963 in Kanpur to Ramesh Chandra Srivastava and Saraswati Srivastava. His acting career didn’t earn him many accolades, in the beginning, he started doing small roles in Bollywood films.

Raju Srivastava hit the biggest fame of his life through the reality show ‘The Great Indian Laughter Challenge.

Finishing as second runners up in the show earned him a lot of name and fame. Raju also appeared as a contestant in Bigg Boss season 3. He has also done a few T.V serials and comedy shows.

Raju’s entry into politics has been marked by a switchover at the very beginning of his days as a politician. In the 2014 general elections, Samajwadi Party chief Akhilesh Yadav nominated Raju as the party’s candidate for the Kanpur seat.

However, he gave up his candidature citing a lack of support coming in from the party’s workers, and joined BJP. The Prime Minister after launching Swacch Bharat Abhiyan marked associated Raju with the campaign to which he responded diligently and gave his best.

Raju Srivastava was appointed as the Chairperson of the Uttar Pradesh Film Development Council in 2019 by Yogi Aditynath’s cabinet. Raju tied the knot with Shikha Srivastava on July 1st, 1993 the couple is blessed with a boy and girl.