According to Police Heche, 53, has been critical after being hospitalized soon after meeting an accident when her over-speeding car barged into a house and caught fire 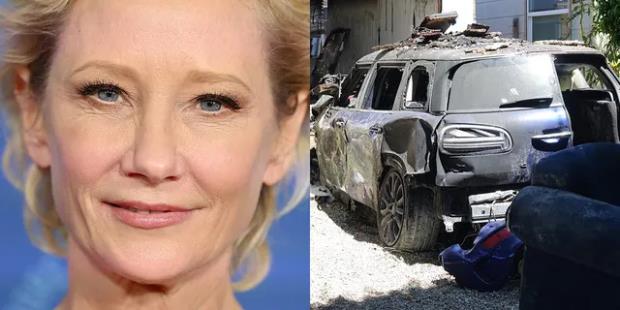 Actor-Director Anne Heche has slipped into a coma after a brutal car crash she met in Los Angeles a few days back. According to Police Heche, 53, has been critical after being hospitalized soon after meeting an accident when her over-speeding car barged into a house and caught fire.

The actress is in extremely critical condition and has a pulmonary injury requiring mechanical ventilation, reports American media. One of the actor’s representatives said in a statement while talking to the media about the former’s health.

"At this time Anne is in extremely critical condition. She has a significant pulmonary injury requiring mechanical ventilation and burns that require surgical intervention. She is in a coma and has not regained consciousness since shortly after the accident."

This was contrary to the statement by one of her close aides given earlier about her being in stable condition on Saturday. As per the reports, Heche was rushed to a hospital on Friday after her car crashed into a home in the 1700 block of Walgrove Avenue in West Los Angeles.

Heche suffered burn injuries when the Mini Cooper she was driving burst into flames. Moreover, the actor was also reported to have been involved in an accident moments before the Walgrove Avenue crash at an apartment complex nearby.

The actress was out to promote her role in Lifetime's opioid crime drama 'Girl in Room 13 when she met with this critical accident. Among her latest schedules, Heche was expected to appear to promote her upcoming project at the network's Television Critics Association press tour.

"Her family and friends ask for your thoughts and prayers for the actress’s stable condition and health during these tough times,” American media reports