A letter has been written by BJP MP Anantkumar Hegde to the CEO of CEAT company, the letter said that the advt of the company featuring Bollywood actor Aamir Khan has created unrest among the Hindu community. 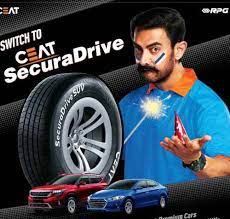 BJP MP Anantkumar Hegde has raised an objection against the tyre company CEAT Lmt. for featuring Aamir Khan in the company’s advertisement. BJP MP has also asked the company to address the “problem of blocking roads in the name of Namaz and noise emitted from mosques during Azan.”

The letter has been published on October 14 and was written to the MD and CEO of the company - Anant Vardhan Goenka, in the letter he has said that the advertisement has been creating unrest among Hindus and expressed hope that the organisation/ company would respect the sentiments of Hindu community in future.

Also Read: Who is Ananya Pandey: The second star-kid under NCB's scanner

BJP MP, in the letter, wrote, “Your company's recent advertisement in which Aamir Khan advising people, not to firecrackers on the streets is giving a very good message. Your concern for public issues needs applause. In this regard, I request you to address one more problem faced by people on roads, i.e., blocking roads in the name of Namaz on Fridays and other important festive days by Muslims”.

He further asked the CEO of the company to highlight the problem of noise pollution and said, “That sound is beyond the permissible limits. On Fridays, it is prolonged for some more time. It is causing great inconvenience to people suffering from different ailments and taking rest, people working in different establishments and teachers teaching in classrooms. Actually, this list of sufferers is very long and only a few are mentioned here”.

Also Read: Is Bollywood a soft target for the NCB?

He added, “As you are very keen and sensitive towards the problems faced by the general public and you also belong to the Hindu community, I am sure you can feel the discrimination done to the Hindus for centuries”.

“I kindly request you to take cognisance of this particular incident where your company's advertisement has created unrest among the Hindus,” he said adding that he hope that from now the sentiments of the Hindu community would be kept in mind while filming the advertisement.