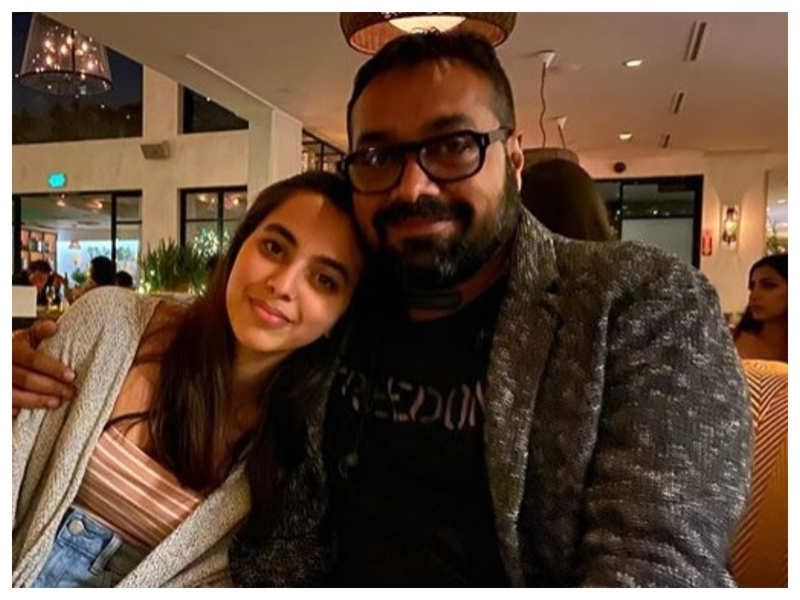 Filmmaker Anurag Kashyap has undergone angioplasty surgery a few days ago. He was admitted to the Mumbai hospital after he suffered a heart attack. Now, recently his daughter has shared his picture and a video clip of her father after his surgery on her Instagram handle.

Aliyah Kashyap, daughter of Anurag Kashyap has returned to Mumbai from the USA a few days ago. She is studying America.

Aliyah has shared the photo and video clip of her father, in which Anurag is seen in “Bald Beard look”. In the clip, he is seen looking towards the camera and can be heard saying, “I am so blind”. Daughter Aliyah can also hear laughing.

Filmmaker, Anurag has made films like ‘Gangs of Wasseypur’, is now at home and doctors have advised him to rest.

Anurag was admitted to the hospital after mild chest pain. Anurag’s spokesperson has told an English media channel, “Yes, he had undergone angioplasty and is now recovering. Thank you for your concern.”

Sources close to Kashyap have said, “Anurag was complaining about mild chest pain last week and was admitted to the Mumbai hospital for a check-up. Now his angioplasty has done as there was some blockage in his heart. He is fine and doctors have advised him to rest for a few weeks.”

Anurag’s previous film was ‘AK versus AK’, which was released on Netflix on 24 December 2020. His latest film ‘Dobara’ is in its post-production stage, has completed its shooting in March 2021.