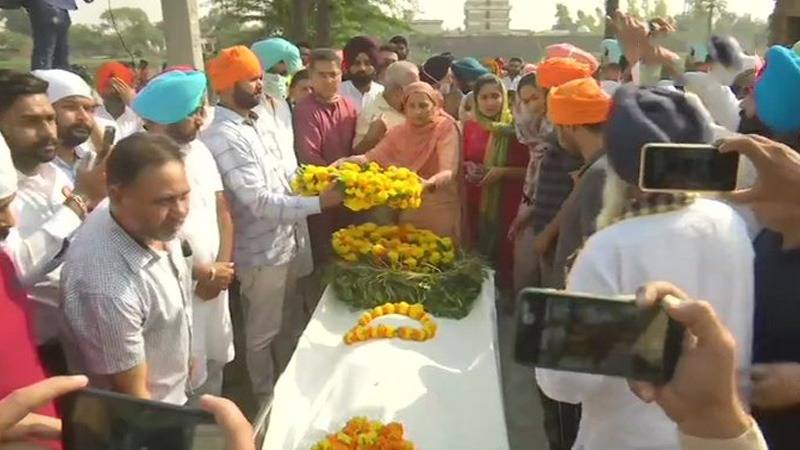 After the huge uproar over the cremation of Shaurya Chakra awardee, Balwinder Singh Bhikhiwind's body, the family has finally agreed to perform the last rites. Notably, comrade Balwinder Singh was shot dead by two unidentified men in Punjab's Tarn Taran district on October 16 and now his widow Jagdish Kaur has alleged that militants claimed his life.

She stated that the killing was linked to those who were supporting 'Referendum 2020'.

While talking to the media Jagdish said, "It is the handiwork of the Khalistani terrorists as my family did not have any personal enmity with anyone."

"His killing is the first step of the onset of 'Referendum 2020' in Punjab," she added.

Notably, REferendum 2020 is a pro-Khalistan movement which has been propagated by the banned Sikh For Justice (SFJ) organization. The sole motive of this movement is to liberate Punjab as a nation-state.

Reiterating the points, the government withdrew his security cover in 2019 but the family continued to ask for it due to threats to life.

"We have lost a family member but that doesn't mean that we are afraid of militants. We are still strong enough to fight with them." Jagdish said.

She reinstated, "I fought earlier, will fight again. Assailants of Balwinder Singh Bhikhiwind will certainly get punished."