After setting Twitter on fire, Musk now says he has no political side

Tesla CEO and soon-to-be Twitter boss Elon Musk has reiterated that he has no political side, after openly criticising Twitter's legal head Vijaya Gadde and promoting former US President Donald Trump on the platform. 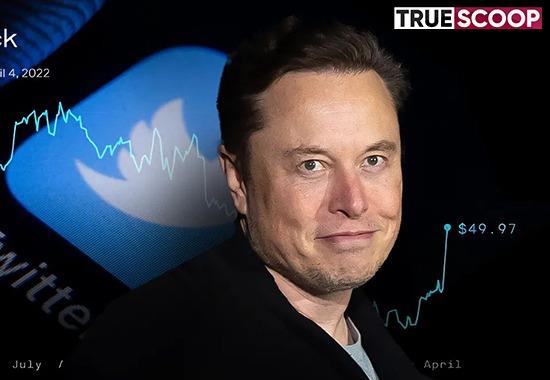 Tesla CEO and soon-to-be Twitter boss Elon Musk has reiterated that he has no political side, after openly criticising Twitter's legal head Vijaya Gadde and promoting former US President Donald Trump on the platform. The world's richest man last week supported Trump's social network app 'Truth Social' by sharing its App Store ranking on his microblogging handle."The far left hates everyone, themselves included!" Musk said in a fresh tweet."But I'm no fan of the far right either. Let's have less hate and more love," he added.Musk on Twitter slammed Indian-origin Gadde for suspending the account of The New York Post.During the run-up to the 2020 US presidential elections, the Post wrote an exclusive article about Hunter Biden's laptop.The article has since been verified by many outlets which had initially dismissed the report as misinformation."Suspending the Twitter account of a major news organisation for publishing a truthful story was obviously incredibly inappropriate," Musk had said in a tweet.Musk had long been advocating free speech on the platform, creating apprehensions for many as they fear the site will be left without regulations.The billionaire earlier said that Twitter must remain politically neutral if it wants to keep enjoying public trust."For Twitter to deserve public trust, it must be politically neutral, which effectively means upsetting the far right and the far left equally," he posted to his more than 89 million followers.Former Twitter CEO Jack Dorsey also came in Musk's support, saying that he is against permanently banning accounts on the platform unless they are involved in illegal activity.Dorsey, who left Twitter in November 2021 to focus on his financial payments form Block (earlier Square), did not name any person but his tweet indicated Trump who was banned from the platform last year in the wake of the Capitol Hill violence."As I've said before, I don't believe any permanent ban (with the exception of illegal activity) is right, or should be possible. This is why we need a protocol that's resilient to the layers above," Dorsey said.
Source IANS