Agnipath Scheme: What will happen with Agniveers after 4-yrs? All you need to know as Govt shares a list

Agniveer Scheme: Protests are taking place in many states of the country regarding the Agnipath scheme of the Central Government. Due to this, railways and roadways are also getting disrupted in many places. 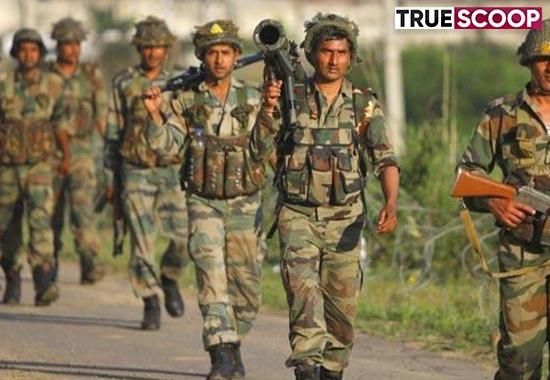 Agniveer Scheme: Protests are taking place in many states of the country regarding the Agnipath scheme of the Central Government. Due to this, railways and roadways are also getting disrupted in many places. According to East Central Railway, many trains have either been cancelled or have been diverted.
There are aggressive demonstrations in states like Bihar, Uttar Pradesh, Haryana, and Himachal Pradesh. There is opposition from the students on many points regarding this scheme of Agniveer Recruitment. The youth say that they do not want 4 years of recruitment. For more than four years, they work hard, then why take only 4 years' job?
The youth say that there will be no regular recruitment due to the arrival of the Agniveer scheme. In this case, our hard work will be in vain. We work hard for a permanent job, then where will we go after years? Many youths are not even fully aware of the salary structure of Agniveer. Like what will be their salary for the first, second, third and fourth year, how much will be the annual increment etc. The biggest concern is that what will be the future of Agniveers after 4 years?
Also Read: Does 'Agnipath' Scheme a major setback for Modi & his govt? Know why Youth of India is protesting against it
Agneepath: Short-Term Youth Recruitment Scheme
The Central Government has come up with a nationwide Short-Term Youth Recruitment Scheme for the Armed Forces. It has been named as Agneepath scheme. Under this, youth will be reinstated for 4 years and posted as per the need in the three wings of the Indian Army, Air Force and Indian Navy. The youth who died will be called Agniveer Sainiks. The rank of the reinstated youth will be that of Personnel Below Officer Rank (PBOR) i.e. soldiers below the rank of officer. Agniveer will retire after 4 years.
The big question: What will be the future like after 4 years?
The biggest protest is being expressed about the fact that the youth will get a job for 4 years, but after 4 years neither they will get a pension, nor other facilities… and they will become unemployed again. However, it is not as if the youth will have no choice when they retire after serving 4 years as Agniveer!
The 10th pass youths who will be reinstated as Agniveer will be given a certificate equivalent to 12th pass on their retirement after 4 years. For this, NIOS and Education Ministry is preparing programs together. They will have to go through this program and then they will be given a 12th equivalent certificate. That is, they will not need to take the 12th board exam separately.
In such a situation, the youth who would like to pursue further studies will be able to take admitted for further studies based on the 12th equivalent certificate. Some bridging courses will also be provided.
The youth would like to do any enterprise, the government would provide the funds by giving them the benefit of a financial package and bank loan scheme.
Those who are willing to get jobs will be given priority in CAPF and State Police. The government says that avenues will be opened for them in other sectors as well.
25 percent of Agniveer soldiers will be given permanent appointments in the army. It will be decided based on their merit and performance.
Pension and canteen, medical facilities etc.
It is being said clearly from the beginning that the Agriveers will not get pension after retirement like permanent soldiers of the army nor other facilities like ex-servicemen, such as military canteen and medical facilities etc.
At the time of retirement, the 30% share is deducted from his salary and the same government share will get about Rs 11.7 lakh. It is being said that one can also take a loan of up to Rs 18 lakh for three years.