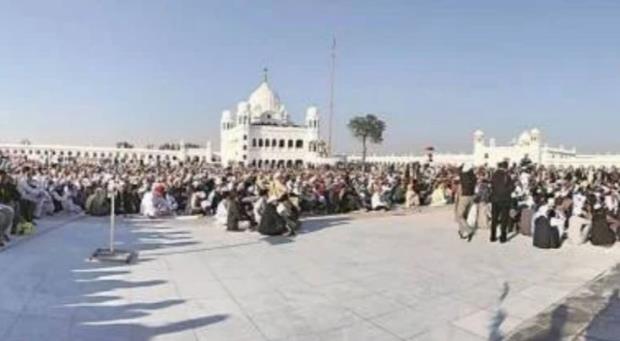 India is planning to reopen the Kartarpur Corridor, which was shut down in March 2020 owing to the Covid pandemic, on the occasion of 552nd birth anniversary of Guru Nanak Dev. Though Pakistan has reopened the corridor after the situation eased, the suspension from the Indian side persists.

The Gurudwara is considered to be one of the holiest places in Sikhism. It's believed to be the final resting place of Guru Nanak Dev. The 4.7 km long corridor was opened with much fanfare on November 9, 2019, on Gurpurab.

Ahead of Gurpurab, Pakistan’s government had already issued around 3,000 visas to Sikh pilgrims to visit gurudwaras in Pakistan including to Guru Nanak’s birth place Nankana Sahib, and the Gurudwara at Kartarpur where he died.

Amit Shah recently made it official through a tweet that Katarpur Corridor will open from tomorrow on Nov 17. He wrote, “In a major decision, that will benefit large numbers of Sikh pilgrims, PM @Narendramodi govt has decided to re-open the Kartarpur Sahib Corridor from tomorrow, Nov 17. This decision reflects the immense reverence of Modi govt towards Shri Guru Nanak Dev Ji and our Sikh community.”

Also read: Explained: How covid spread in Europe is concerning for India?

Apart from this, after looking at the historic gurdwara through binoculars, Sidhu offered ardas (prayer) and said, “I prayed to Baba Nanak to reopen the corridor. I seek his blessings again, because due to his power, the corridor was opened.”

"I urge GOI to reopen Kartarpur Corridor...and to cancel the 3 farm laws on Shri Guru Nanak's Gurpurab, as it's a day for reflection, rediscovery and reiteration of Guru's message of peace, harmony & universal brotherhood," Sidhu said.

"I urge Prime Minister Shri @narendramodi Ji to open the Kartarpur Corridor before Nov 19, the birth anniversary of Guru Nanak Dev Ji, so that people can pay obeisance at the holy shrine on this sacred occasion," he tweeted.