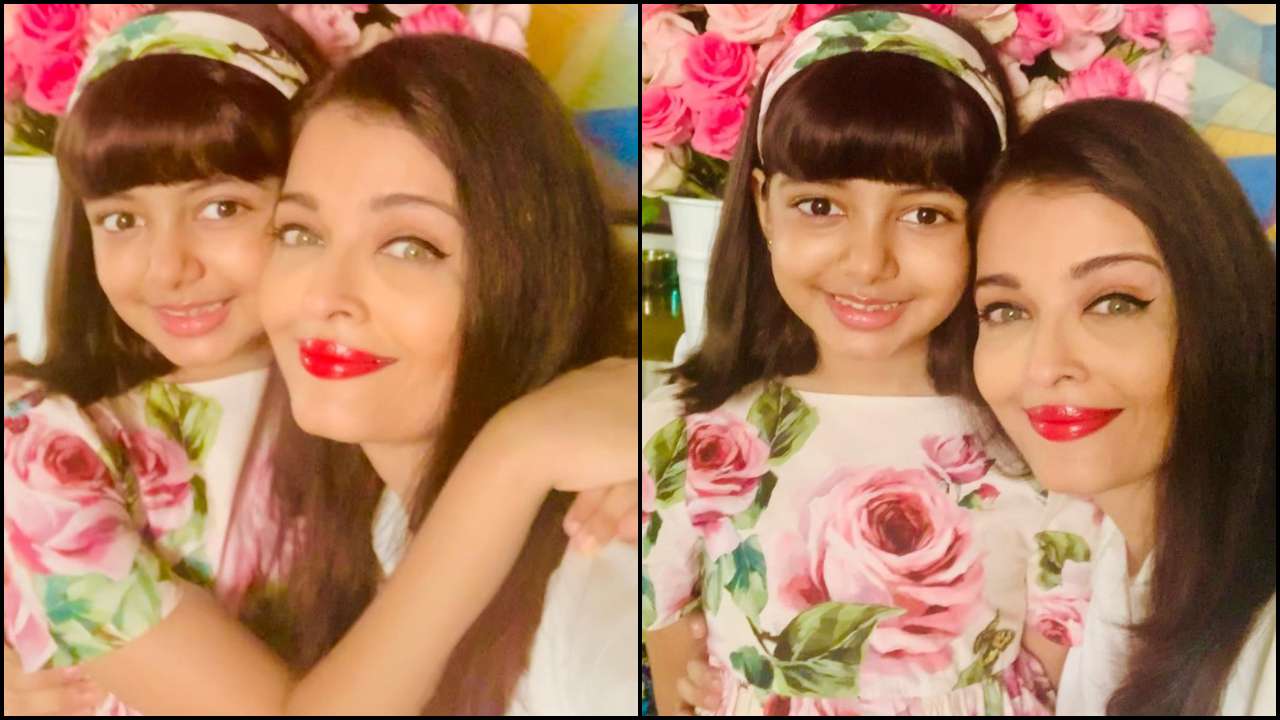 On April 20, Aishwarya Rai Bachchan and Abhishek Bachchan celebrated 14 years of marriage bliss, but the power couple seemed to be in separate cities at the time. We know this because Aishwarya recently posted a photo of her and Abhishek celebrating their virtual wedding anniversary with daughter Aaradhya Bachchan. The celebrity couple has long been a fan favorite around the world, and on the occasion of their wedding anniversary on Tuesday, close friends and fans flooded social media with good wishes. Aishwarya took to her Instagram account on Wednesday to post a picture from her wedding anniversary video call with Abhishek.

In the picture, Aishwarya is seen holding her daughter Aaradhya, while Abhishek is seen smiling at both of his ladies. We could see several bouquets of flowers behind Aishwarya and Aaradhya as if the virtual wedding anniversary celebration had been made special with a floral touch. As she joined her parents on their special day, Aaradhya could be seen smiling at them.


Aishwarya captioned the photo with star emoticons when she shared it on Instagram. Fans poured love for Aishwarya and Abhishek in the comments as soon as Aishwarya shared the picture.

In a recent interview, Abhishek discussed how Aishwarya helped him refocus his life amid the pandemic in 2020. The Big Bull star admitted that his wife told him to think about how much time he spent with his family for the first time during the lockdown. In a chat with Bollywood Bubble, he also described Aishwarya as "sensible" and "wonderful."The couple is one of Bollywood's most famous, and their fans have been waiting for a long time to see them on screen together. According to reports, both of them were working on a project called Gulab Jamun. It did not, however, work out. Abhishek is currently shooting for Dasvi, while Aishwarya is at home with Aaradhya.