Akhilesh Yadav has questioned the viral audio about EVMs. He has sought protection from the Supreme Court and the President after taking cognizance. 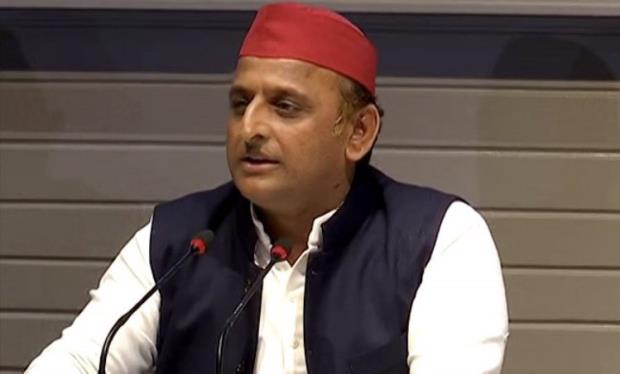 The Samajwadi Party (SP) president, Akhilesh Yadav, who faced a thrashing defeat against the Bharatiya Janata Party (BJP) in the Uttar Pradesh assembly elections 2022.
Now he has questioned the viral audio about EVMs. He has sought protection from the Supreme Court and the President after taking cognizance.
Akhilesh Yadav tweeted, "Talked about an election officer to someone about EVM replacement, the audio recording is going on on social media, Mr The Supreme Court and the President should take cognizance of it and the government should immediately give complete protection to the person concerned. The life of a single person is more important to us than forming the government.
The audio of the conversation between two persons is going viral on social media. In which a person pretending to be a teacher says that he was on duty in the election and saw that the EVMs were changed.
He claims that the SP government will not come, BJP is going to win, because EVMs have been changed. Describing himself as an SP supporter, he says that the EVMs were changed before reaching the strong room. Hindustan does not confirm this viral audio.
It is noteworthy that Samajwadi Party and its chief Akhilesh Yadav have been alleging rigging in EVMs and counting since the exit polls. He had made many serious allegations against the government by holding a press conference.
Also Read: Bhagwant Mann’s masterstroke! Ahead of swearing-in as Punjab’s CM, Withdraws security of 122 ex-ministers, including Navjot Singh Sidhu’s wife
Apart from many SP leaders, West Bengal Chief Minister Mamata Banerjee has also alleged that the SP was defeated by messing up.
In the results that came on Thursday, the BJP alliance got a thumping majority, while the SP has to face defeat. The BJP alliance got 273 seats while the SP alliance got reduced to 125 seats.