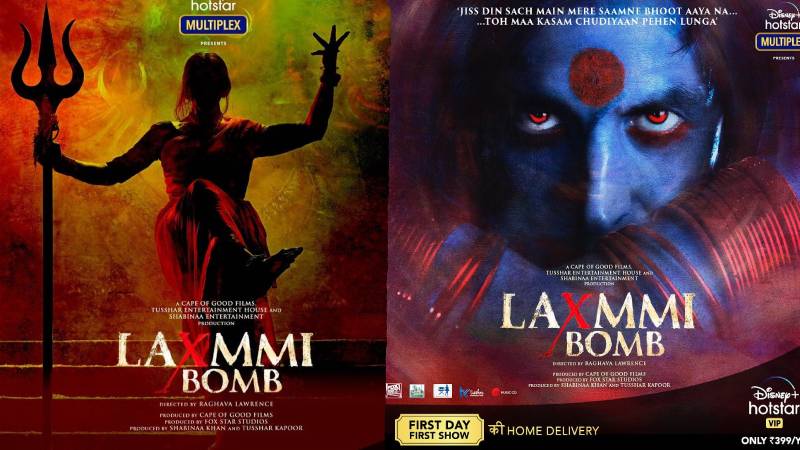 For Akshay Kumar, essaying role of a transgender in upcoming "Laxmmi Bomb" was not easy. It was the "most mentally intensive role" he has done in his career. The actor says he had to portray the character with sensitivity and honesty so that he doesnt end up offending any community.

On Monday, he announced that the horror-comedy is going direct for a digital premiere and shared an intense poster of his look from the film, which is directed by Raghava Lawrence and also stars Kiara Advani.

"In 30 years, this is the most mentally intensive role. Never experienced it before. Credit for it goes to Lawrence sir. He introduced me to a version of me which I didn't know existed. It was different from my other characters. Iska bolna, chalna action reaction maine kabhi portray nahi kiya," Akshay said while talking about his character of a transgender in the film during a virtual press conference.

"Mujhe dhyaan rakhna tha ke main isse poori imaandari se portray karoon bina kisi community ko offend kare. Maine willingly itne retake diye hai iss film ke liye to shoot every scene to maximum potential (I had to be sure that I did this role without offending any community. Despite doing 150 films, I was so excited to be on the sets every day. I have never given as many retakes as I have given in this film). ‘Laxmmi Bomb' has made me more sensitive about gender equality," he added.

The actor continued: "I was genuinely excited to be on set everyday, pushing the boundaries, learning more about myself. This film has taught me to be even more understanding about gender equality. Be anything you want, but don't be ignorant. Kindness is key to peace."

Recalling his experience of wearing a sari for the role, he said: "It is a lovely garment that fits all sizes and shapes. We see women in our daily lives who wear a sari and catch buses and trains, go about their daily routine without the pallu even budging an inch. I couldn't even walk in a sari, it was quite an experience for me. Hats off to how women manage it. I would say if you want to appreciate a sari truly, you should try wearing one."

Talking about his lockdown experience, he said: "For the first time, I have been at home in my entire career for so long".

He added that he would have easily made two to three films during this time.

"I played games with my family, watched a lot of shows with my wife, baking with my son, taash (cards) with mom, made a few ads as well while sitting at home," he added.

While no release date has been announced, "Laxmmi Bomb" is slated to premiere on Disney+ Hotstar.