Navalny says the case against him is politically motivated on his conviction for embezzlement. He accuses Putin of planning his murder while the Kremlin denies the allegations. 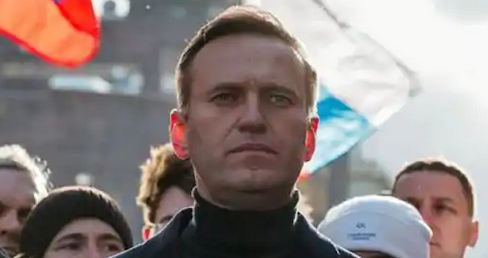 Supporter of Alexei Navalny are expected to carry out nationwide rallies in his support and asking for his release today. However, warnings are being issued against carrying out any rally in support of Navalny.

After Alexei Navalny landed in Russia, the police officers detained him. Now he has been captivated in a Moscow prison. Russia's prison service in a statement said, they detained Navalny because "he had been wanted since December 29, 2020 for repeated violations of the probation period" The prison service added that he will remain in the prison until court orders in his case.

Navalny says the case against him is politically motivated on his conviction for embezzlement. He accuses Putin of planning his murder while the Kremlin denies the allegations.

The rallies and his arrest become all the more significant 9 months before assembly elections. US and EU has asked Russia to release him but to no avail.

US and EU bat for Navalny's release:

Mike Pompeo, US Secretary of State called for Navalny's "immediate and unconditional release." Pompeo also said that efforts are being made to silence Navalny who is a stern ciritc of the Russian President.

"The Kremlin's attacks on Mr Navalny are not just a violation of human rights, but an affront to the Russian people who want their voices heard," said Jake Sullivan who is an incoming national advisor of Joe Biden.

France, Italy and President of European Council, Michel also demanded Navalny's release from the prison. "Instead of persecuting the victim of this terrible crime, the Russian authorities should investigate how a chemical weapon came to be used on Russian soil," said the Government of UK in a statement to press. It also added that they are 'deeply concerned' about his arrest.

Navalny's supporters are gearing up for the rally. Navalny's team had released a video to galvanize supporters as per a report published in Reuters, the video is about an opulent palace, allegedly belonged to Putin on black sea. However, the Kremlin denies it but the video has been watched 60 million times by Friday.

The authorities in Russia have cautioned the supporters of Navalny that they will be investigated for criminal activities and two of his supporters are in jail for a week now. One of the imprisoned supporters is his spokesperson.