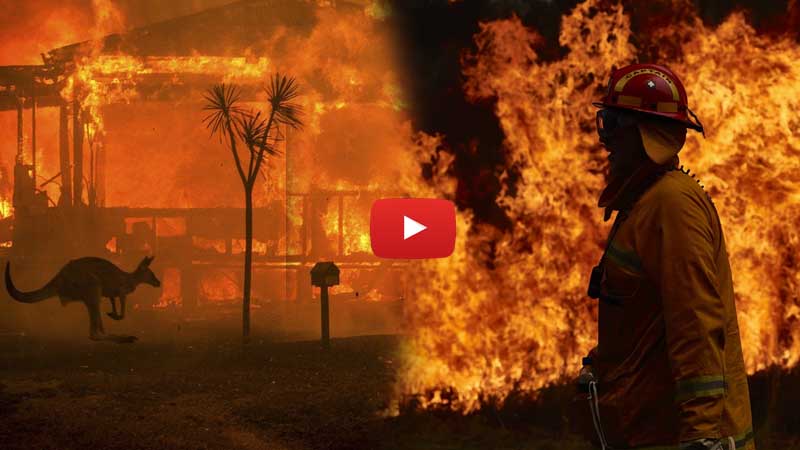 Australia is currently in a haze of smoke due to fire. The wildfires that the country is experiencing at the moment are a result of man-induced global warming.

There have been quite a few human casualties and the bushfires have burned nearly 5 million hectares of land. Australia saw the hottest and driest season this year with the temperature reaching almost 50 degrees celsius in the last month.

The bushfires are also having an extreme effect on the wildlife of Australia. According to reports over 8,000 koalas, which is approximately 30 per cent of the total population in NSW's mid-North Coast region have been lost to fire.

Ecologists from the University of Sydney believe, over 480 million birds, animals and reptiles have already been lost because of the fires.