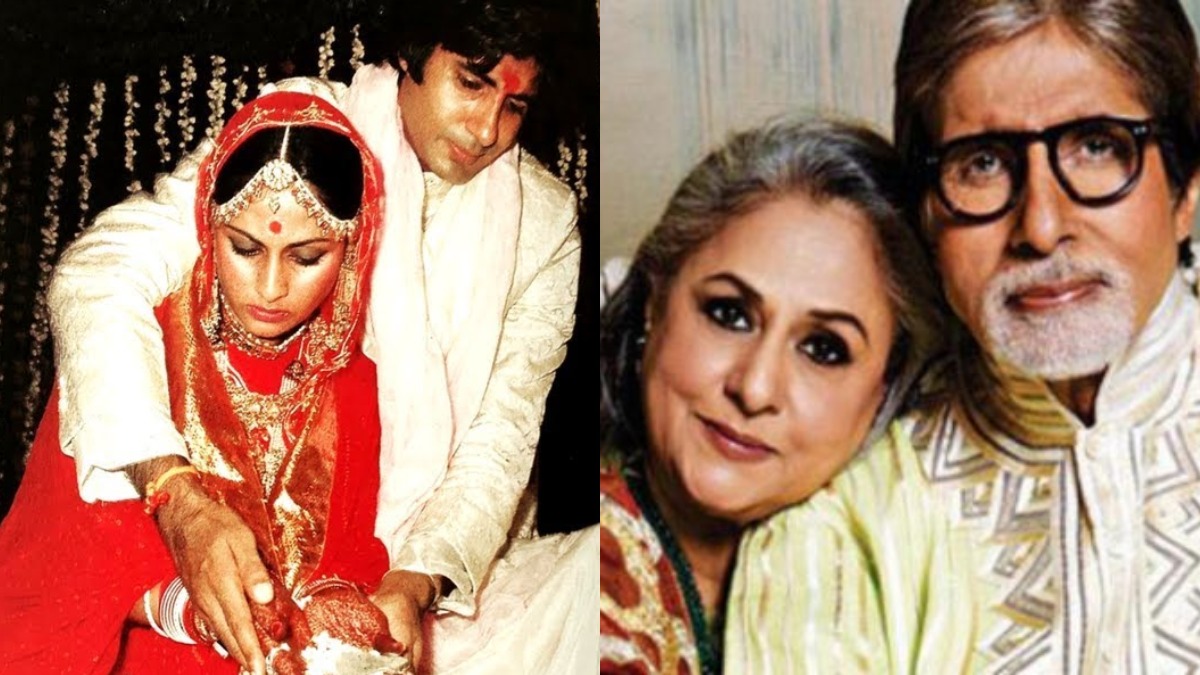 Amitabh Bachchan and his wife Jaya Bachchan are commemorating 48 years of marriage today. While they remain one of Bollywood's power couples, there is a secret behind their 48-year marriage that few people are aware of.

Did you know that Big B and Jaya got married for a trip to London? That's right, you read that correctly! 'Zanjeer' became a great hit after Mr. Bachchan's flick. The pair, who had met on set and fallen in love, had vowed to visit London if the film did well.

When they went to their respective families for permission because it was their first vacation abroad, Big B's father Harivansh Rai Bachchan enquired if Jaya would be joining him. When the actor said yes, his father advised them that if they wanted to go on a vacation together, they needed to get married first. The couple complied and married before embarking on their first vacation to London, which was later designated as their honeymoon. Following their vacation, various scandalous reports about Jaya, who was a larger star at the time than Big B, were released. The couple was left with no choice except to declare their marriage in public. 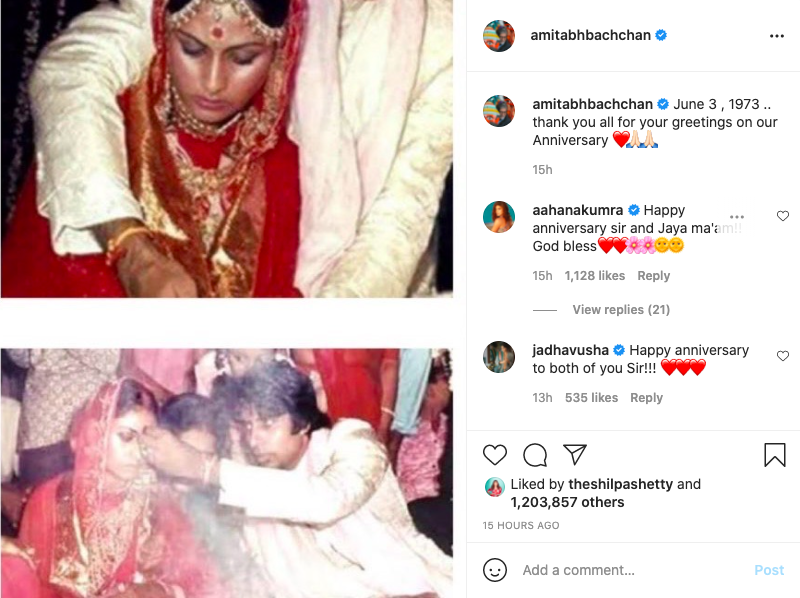 On completing 48 years of marriage, Big B shared throwbacks on social media on Thursday. The actor scooped out some throwback gems that happen to be from their wedding, which took place in June 1973. Sharing the post on his Instagram account, Big B wrote in his caption: "June 3, 1973... Thank you all for your greetings on our anniversary."

Meanwhile, Jaya has stayed away from the movies in order to focus on her political activity. Amitabh Bachchan, on the other hand, is working on a number of intriguing projects.

He'll next be seen in Rumy Jaafri's film "Chehre," which also stars Emraan Hashmi. Due to the pandemic, the film's release was postponed. He is also featuring with  Alia Bhatt, Ranbir Kapoor, Dimple Kapadia, Nagarjuna Akkineni, and Mouni Roy in Ayan Mukerji's "Brahmastra." He also has Nagraj Manjule's "Jhund" and Vikas Bahl's "Goodbye," both of which star Neena Gupta, Rashmika Mandanna, and Pavail Gulati.