The police official was not even in his senses and was lying unconscious in a dhaba situated in Anjala. 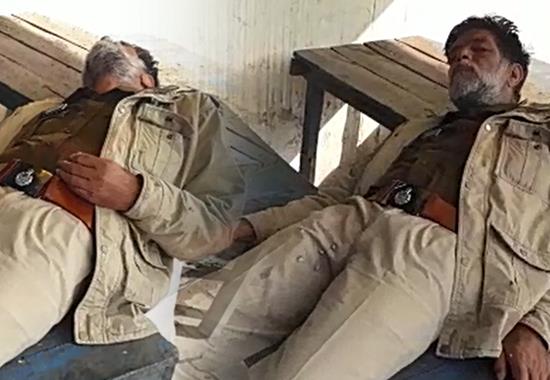 Shocking information has surfaced from Amritsar where an ASI of Punjab Police was found intoxicated lying in a Dhaba. He was heavily under the influence of drugs as the ASI was not even able to get up from his seat. Video of same incident is doing rounds on various social media platforms.

Earlier also cases of youngsters under influence of drugs were reported from the city but this is for the first time that ASI posted in Amritsar Rural was heavily intoxicated and got captured on camera. The police official was not even in his senses and was lying unconscious in a dhaba situated in Anjala.

In the video it is clearly visible that accused has consumed some drugs as he is not in his senses. Not only this, he even tried to get up once but fell down due to intoxication. He was also trying to say something but speech was not clear due to consumption of drugs.

Soon after the video went viral, several questions were raised as police department. A lady police officer has now assured that they have taken hold of case and matter is being investigated. She further added that if he would be found guilty then strict action will be initiated against same.