The drone movement was witnessed at around 10 pm near Daoke Chowki Author : Guneet kaur 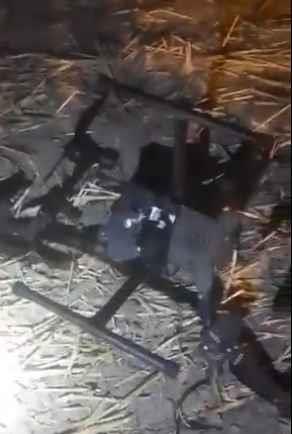 As per latest information received three interception attempts of drones were made from Pakistan side on border. Reportedly, all three attempts of infiltration were made at Amritsar border on Friday night but were foiled by BSF personnel. Information reveals that on Friday two drones that were intercepting Indian border were taken hold of. One was shot down while the other was forced to return.

Also, BSF personnel chased away two smugglers as well who were trying to enter the country from Pathankot sector. Explaining the whole incident, it was said that movement of drone was witnessed around 10 pm near Daoke Chowki. Soon after this, patrolling officials started firing and during search operation drone was found in the fields. It was 01 Quadcopter DJI Matrice 300 RTK (Chinese drone) in partially damaged condition lying in the farming field ahead of border fencing near village.