AAP MLA, who represents the Amritsar East Constituency said that an investigation is going on regarding the case. Author : Guneet kaur 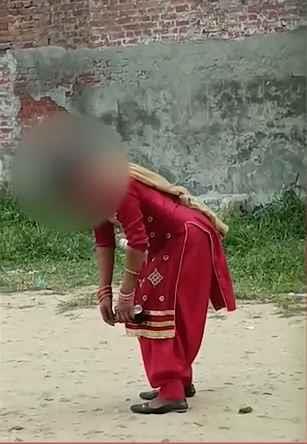 Drug Abuse is the top most problem that is faced by the people of Punjab. Now and then the news related to drugs and drug abuse comes to the fore. The video that now has been surging up has raised concerns about the problem in the state.

A viral video has been doing rounds on social media that is reportedly captured in the Maqboolpura area of Amritsar. In the video shown below, it has been alleged that the girl shown in the video is under the influence of some drugs as she struggles to stand on the road. Not only that, but her body language also suggests that the woman is not acting normally.

Maqboolpura in Amritsar keeps making headlines for drugs and many de-addiction drives have also been launched to stop the same.

After the video had gone viral the police started their search operation and recovered narcotic substances from 3 people. An FIR has also been lodged regarding the case.

AAP MLA, who represents the Amritsar East Constituency said that an investigation is going on regarding the case.

It should be noted there is no clear evidence till now that suggests whether the girl shown was under the influence of drugs or not. It is just alleged that as the girl was not able to move properly and stood slouching on the road, she might be intoxicated.