A heart-wrenching video of the incident is also coming up in which 2 drug smugglers can be seen brutally beating a person to death. Author : Guneet kaur 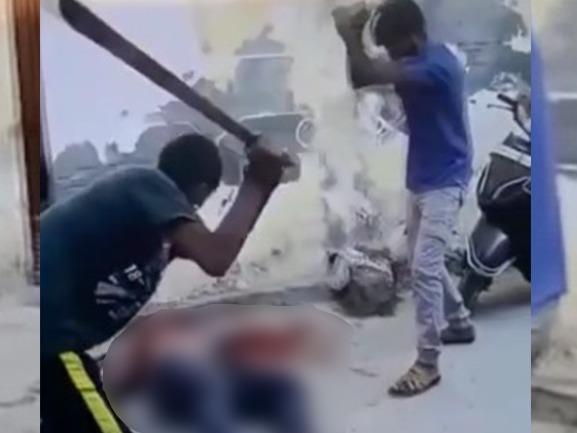 The main problem that is faced by the people of Punjab is drug abuse. It is almost every day that news from any city in Punjab surfaces related to drug abuse, death due to drugs, etc. For the last few days news related to youth being under the control of drugs grappled a lot of headlines.

Not every person is the same, there are some people who try to save others from being addicted to such a thing that can lead their whole life into trouble. An incident is coming up which reveals that a youth who tried to stop people from doing drug trafficking himself became a victim of their anger and got killed.

A heart-wrenching video of the incident is also coming up in which 2 drug smugglers can be seen brutally beating a person to death.

Reportedly, a video has come up from Amritsar in which a person has got killed by drug smugglers to death. The incident took place in Khalsa Nagar, Tarn Taran Road. According to the information received, residents of the colony tries stopping the smugglers from selling drugs, after which a fight erupted and youth got killed during the same.

The deceased has been identified as Shiv Kumar and his family members have been receiving threats from the smugglers. A case has been registered by the police and the search for the culprits is on.